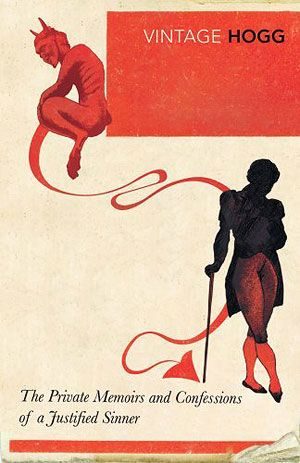 Scottish literature has had a lengthy and vigorous relationship with the Gothic mode. The mode’s key conventions were initiated by the publication in 1764 of the first self-proclaimed ‘Gothic story’, The Castle of Otranto by the English novelist, antiquarian and politician Horace Walpole. Following on from the great early Gothic writers Ann Radcliffe and Mathew ‘Monk’ Lewis, Walter Scott and James Hogg were to adopt these conventions and translate them into a Scottish context. However, this prompts the question: is it possible to identify a continuous and distinct Scottish strand of the Gothic? A number of scholars have examined this concept of Scottish Gothic, arguing that there is indeed something distinctive and even exceptional about the Gothic as manifested in Scottish texts.

In his important article ‘Heartlands: Contemporary Scottish Gothic’ (1999)1, David Punter pinpoints that idée fixe of the Gothic – a concern with history – as a defining feature of the texts he discusses. He refers to ‘a range of contemporary Scottish fictions, which […] suggest some of the issues and problems which accompany the depiction of past and present national history’, and focuses on ‘Gothic’s chief mode of functioning, which has to do with a certain dealing with the necessary distortions of history.’2For Punter, a number of examples of contemporary Scottish literature are concerned with distortions of the nation’s history (albeit, and perhaps moreover because it is, a stateless nation), in particular the myths and fabrications on which national identity is so often based.

Ian Duncan develops this idea when referring to early Scottish Gothic in his chapter ‘Walter Scott, James Hogg and Scottish Gothic’ (2001)3. He argues that

He acknowledges that this return of the historic repressed is a feature of other traditions (such as in England), but simultaneously claims that it is more acutely present and more specifically pertinent in Scottish manifestations of the mode. Certainly, what should be highlighted in terms of the ‘original’ Gothic of the later eighteenth and early nineteenth century – that which he specifically discusses in this chapter – is that the incursive past in Scottish texts is not represented by a foreign other (as in Otranto, The Italian and The Monk, for example), but by the other within, usually the Highlander, marked out as dangerously different via language (Gaelic), religion (Roman Catholic) and politics (Jacobite).

Any nation that predicates its identity on an affirming common history is on a potentially dangerous trajectory. However, via the co-ordinates of the Gothic, if this body of texts problematise the past as myth then they are capable of highlighting the distortions that past produces in the present – they reveal national myths as Gothic forgeries (forgery being a recurring concept in the mode). Is this the quality that makes ‘Scottish Gothic’ a pertinent label?

Something closely related to this treatment of history, which again appears commonly in Gothic texts of Scottish origin, is the motif of the journey North. Yet this also is a recurrent motif in the Gothic more generally. Classic examples include Shelley’s Frankenstein (1818) and Bronte’s Wuthering Heights (1847). The west in Ireland serves a similar purpose (cf. James Joyce’s ‘The Dead’). What is peculiarly Scottish about the motif in this context is that the North is the Highlands – Gaelic-speaking, primitive, often supernatural and certainly other.

I’d like to discuss what for me is the pre-eminent example of Scottish Gothic, in keeping with the definitions above: J.M. Barrie’s wonderful and disturbing novella Farewell Miss Julie Logan (1932). It may come as some surprise to those not familiar with Barrie’s whole canon that the author largely famous for Kailyard tales of couthy rural Scotland and for Peter Pan (1904) penned one of the most unnerving and tenacious examples of Gothic fiction ever to come from Scotland.

Barrie’s novella focuses on a remote Highland glen, and specifically at a time in mid-winter when it becomes ‘locked’ with snow. For a short period no one can get in or out. This is when ‘the strangers’ are said to visit. Our narrator is the Reverend Adam Yestreen, and the story takes the form of the diary he has promised to keep to record the ‘locked’ period in the glen for the benefit of the summer-only visitors he refers to vaguely as ‘the English’. His diary becomes a self-revelatory dramatic monologue. The events that ensue involve ambiguous ghosts, vampires and – worst of all for the minister – Roman Catholic Jacobites.

In line with Ian Duncan’s fastidious definition of Scottish Gothic, the haunting ancestral identity is both geographically and historically specific: from the North, and from the time before Protestantism began to dominate (pre-nineteenth century). Rev. Yestreen is partly a Lowlander and comes to the glen from the south. This makes him ostensibly, like the English, capable of rationality and impatient with superstition. However, he is also half-Highland, and begins to have his doubts about the origins of the attractive and sensual visitor Miss Julie Logan.

This text may convincingly be labelled ‘Scottish Gothic’ in that the Gothic elements are uniquely Scottish – the Highland/Lowland divide, the relationship with its southern neighbour as represented in the tale by ‘the English’, the acute sectarian prejudices and so on. Yestreen is Scotland, replete with all its unities and divisions. Yet he is persistently, possibly even eternally, haunted by Scotland past, the Scotland of Highland history, Jacobitism, superstition and Catholicism. The past is in his name, ‘Yestreen’ – yesterday evening, implying an inescapable concern with what has gone before. Julie Logan, whether actual or psychological, represents this past and is significantly given her name by a type of rock that sits on the mountainside around the glen: ‘there are Logan stones, I am told, throughout the world, and they are rocking stones. It is said they may be seen rocking in the wind, and yet hold on for centuries.’ This threat to coherency of identity is perpetual. 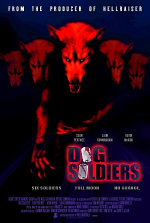 Despite being published in 1932, in many ways Farewell Miss Julie Logan is not a text of the 1930s but rather Barrie’s farewell love letter to nineteenth century fiction in the vein of Stevenson and Hogg. To encounter the continued validity and vigour of Scottish Gothic, one need only look as far as the other articles in this edition. In a wider British context, Scotland is still the Northern Gothic periphery. In BBC 3’s brilliant recent series Being Human, which follows the lives and loves of three housemates who just happen to be a vampire, a werewolf and a ghost in turn, George is transformed by a werewolf attack that takes place in rural Scotland, almost certainly the Highlands given the references to Nessie. This confirms the premise of Neil Marshall’s 2002 horror film Dog Soldiers, where the residents of a small Highland village near Fort William are revealed to be werewolves, attempting to entrap and feed on a group of soldiers from the South. In all these texts, the journey North is a journey back in time, to a more primitive location where conventional rules do not apply. Again, we see the urbane present menaced by primitive, ancestral forces.

The fact that this is such a prevalent concern in contemporary Scottish texts in the Gothic mode might again provide evidence for a national Gothic tradition – the journey north features in the identifiably Gothic work of David Mackenzie in film (for example The Last Great Wilderness (2002)), and in fiction in the work of Iain Banks, John Burnside, Christopher Whyte, Muriel Spark, Alan Warner, John Herdman and Alice Thompson, amongst others. Although Scotland still represents the Gothic North in terms of Britain as a whole, within this imagined community its own northern periphery serves the purpose well.

Dr Macdonald is currently working on a monograph on Scottish Gothic.

Madness. Ghosts. Desire. The latest novel by Lesley McDowell ticks all the boxes of a good Gothic novel. And as many a good Gothic novel does, it pays homage to its predecessors. The novel’s title is one of the most poignant lines from Mary Shelley’s Frankenstein (1818), where Frankenstein claims that ‘we are unfashioned creatures, […]