In the 1871 children’s fantasy At the Back of the North Wind, George MacDonald’s boy hero Diamond is asked what he thinks of a story. He replies, without hesitation, that “any story always tells me itself what I’m to think about it.”2 (The story, or what little we hear of it, is The Princess and the Goblin—which MacDonald would publish the following year.) Prophetically, and perhaps unwittingly, the author here foresees the root cause of his own critical neglect. Remote from the mainstream of 19th century fiction, the works of George MacDonald are explicable in their own terms or not at all. Literary critics, who cut up and distort a text to fit the theory du jour, tend to shy away from MacDonald. His work defies such treatment and, ultimately, defeats it. For all his perceived naiveté, he is a more difficult author than Henry James.

It is conundrum typical of the man himself. Throughout his long and varied life (1824 to 1905) George MacDonald made a career out of not fitting in. The son of a farming family in Aberdeenshire, he wound up a professor at King’s College, London—on close terms with the Victorian intellectual élite. Starting his career as a Congregationalist minister, he resigned after two years when his unorthodox views clashed irreconcilably with those of his parishioners. Lionised in the United States and offered a lucrative parish in Boston, he moved instead to Italy to live on a tiny pension from Queen Victoria. His realistic novels, widely read in their day, now lie more or less forgotten. His fantasy works (which puzzled and disturbed friends like John Ruskin) continue to awe readers and have ‘influenced’ (if that’s the word) such modern-day giants as C. S. Lewis, J. R. R. Tolkien and Philip Pullman. 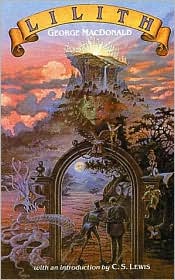 The ‘adult fantasy’ novel Lilith, written as he was approaching seventy and published in 1895, was MacDonald’s last major work of fiction. It is also the culmination and pinnacle of his strange and contradictory life and work. A tale of a young man who finds a magic mirror in his ancestral home—and travels through it into a parallel world, ruled over by a ruthless yet seductive vampire princess—Lilith is an unqualified disaster by the usual standards of Victorian fiction. (One colleague, a Henry James scholar, refers to it as “the worst novel I have ever read.”) Although rich in story and incident, it has no coherent plot. The land beyond the mirror is a riot of indelible dream visions, but the ‘real’ world the hero inhabits is so feebly sketched as to barely exist at all. Characters do not ‘grow’ or ‘develop’ as well-behaved characters are meant to do—for the simple reason that they are not characters at all, but archetypes. No other great literary work, perhaps, has ever dared its reader so boldly to slam it shut and fling it out of the window.

Yet a ‘great literary work’ is what Lilith undoubtedly is. Few other texts in English have approached its hallucinatory and hypnotic power. MacDonald, it seems, is not so much telling us a story as mining his reader’s subconscious—laying bare the fears and desires that lurk beneath the surface of other books, but are rarely allowed to break through. (To find a dream narrative of comparable power, I would have to turn to ‘Klingsohr’s Tale’ from Henry von Ofterdingen by the German poet and mystic Novalis—who was MacDonald’s lifelong model and inspiration—or the prose poems in Les Illuminations by the French enfant terrible Arthur Rimbaud.) The sheer imaginative force of Lilith makes nonsense of our everyday notions of ‘good writing’. MacDonald aims not to make us read, but to make us dream.

Could this be why the book’s hero Mr. Vane (a name predictably loaded with symbolism) starts his story as a virtual prisoner of his own library? Narrating in the first person, Vane tells how his library has ‘like an encroaching state, absorbed one room after another until it occupied the greater part of the ground floor.’3 Books are taking over his physical and mental space, yet the reading of books will never cure his overpowering isolation and anguish. The secret lies in a ‘mutilated volume’, from which a workman has ‘cut away diagonally a considerable portion, and fixed the remnant’ in a ‘masked door’ disguised as a bookshelf.4 In other words, a book that can never be read or understood in conventional terms.

The first emissary from the world beyond the mirror is one Mr. Raven. He is, at once, a literal raven, the ghost of the family librarian and Adam, the Biblical father of mankind. His name and presence also conjure up one of the best-known spooks of world literature, the titular beast of Edgar Allan Poe’s 1845 poem. Yet the difference between these two apparitions is crucial to an understanding of MacDonald. The bird imagined by Poe squawks out a single word—”Nevermore!”—to let the hero know he has no hope of crossing the barrier between life and death, and thereby recovering his lost love. ‘The Raven’ is a messenger of a failed Orphic quest. Mr. Raven, however, allows the hero of Lilith to triumph where Poe’s has failed.

The journey through the mirror evokes not only that of Alice in Lewis Carroll’s Through the Looking Glass. (A close family friend, Carroll told early versions of his Alice stories to MacDonald’s children.) It also foreshadows the journey of another ‘male Alice’ in Jean Cocteau’s 1950 film Orphée. “A mirror is a door through which death comes and goes,” intones Jean Marais as Orpheus. “Look in a mirror and you see death at work.”5 The object of his quest, icily glamorous and fatally erotic, is La Princesse (Maria Casarès) a mythical ‘dark lady’ who embodies his own death. She is a direct linear descendant of Lilith as imagined by MacDonald.

Yet the fate and character of Lilith are more complex than those of her twentieth-century offspring. (She also recurs, primly de-eroticised, as the White Witch in the C. S Lewis Narnia novels.) Unlike every other femme fatale in fantastic literature, she is the first wife of Adam and (as such) the unacknowledged primal mother of mankind. Her very rebellion against the divine order marks her out as a child of God. (“He alone is to blame for what I am! Never would I have made such a worthless thing!”6) She can and must be redeemed by God’s overmastering love. The signs that are emblematic of her damnation—the dark spot that stains her left side, her wounded hand so tightly clasped shut—also connect her, visually and symbolically, to Christ.

Acceptable in a pre-modern author such as Dante, this overt (if unorthodox) Christian doctrine has not helped MacDonald’s reputation with modern critics and readers. A misfit in his own time and culture, he is even more an oddity in our own. Lilith is a book belonging to all eras and none, a fabulous beast by daylight but a natural dweller in the dark world of our dreams. To quote MacDonald—as he, in turn, quotes Novalis—”Our life is no dream, but it should and will perhaps become one.”7

In ancient literature the hero’s struggle was against the gods who represented moral ideas everyone believed in; modern man struggles only against himself. — Charles Nodier For most readers in nineteenth century Europe, Scotland was less a nation than a Romantic literary myth. The poetry of Ossian (published between 1760 and 1763) and the Waverley Novels of […]

You should not tempt your angel. If one goes down, where is he to stop? Robert Louis Stevenson’s vampire novella ‘Olalla’ is one of the great overlooked works of 19th century Gothic fiction. Published as a Christmas ghost story in 1885 (a year after ‘The Body Snatcher’ and a few months before The Strange Case of […]

As an academic discipline, literary studies has long taken ‘close reading’ as its central methodology, but even staunch supporters of close reading, like me, must acknowledge that it provides a relatively limited way of interacting with texts. Moreover, it relies upon a relatively limited definition of a text as a material artefact composed of words.  […]