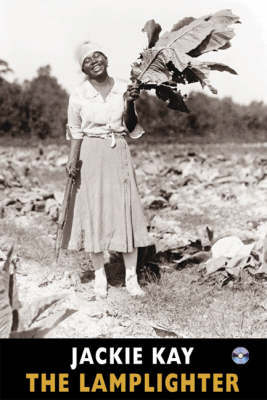 This is a slim volume with a huge content. In a poetic chorale of individual, distinctive female voices, Jackie Kay’s first play creates the world of the slave from capture in the African village through the appalling sea journeys to the markets and then to the sugar plantations of the West Indies. The style is deliberately non-naturalistic, and is aural rather than visual, the impact of the voices allowing the reader or listener to create the appalling images in his/her own imagination.

Anniwaa, an African girl ‘eleven, nearly twelve’, opens the play in Cape Coast Castle where the captured Africans await the ship to carry them to Britain. She is trying to understand what has happened to her, since men with ‘the marks on the face of the enemy’ captured her and her brother, and dragged them through the forest to the fort. The horrors of the voyage are highlighted in the periodic recitation of the shipping forecasts and the deaths of slaves:

MacBean, the speaker of these lines, appears to represent the slaver, the plantation owner, and the other voices of authority influencing the slaves lives.

The slaves are a commodity like the malt, flour, biscuits, corn or rum also carried in the ships, presented for sale in the markets:

Their humanity is denied, as is their history, and their names—the slaves are given new names: Mary MacDonald, Constance (‘to be a virtue/Like my sisters Faith, Patience and Charity’), Black Harriot (to distinguish her from a previous white Harriot), Lamplighter (the new name of Anniwaa).

The women use the language of their owners and exploiters in the way that they describe their lives, but their poetic articulacy denies the words they use:

Sexual exploitation and punishment was the experience of the female slaves, with no right to complain or fight back. All the women suffered beatings and whippings such that their backs were scarred with the lash, as Lamplighter described:

A kind of comfort is gained through communal singing, of what we now call ‘Negro spirituals’, songs which compare their suffering to that of the biblical prophets, sending a plea to God to hear them and send deliverance. But the deliverance, the freedom from slavery, came most often through death from a variety of horrible ‘sugar deaths’: yaws or dysentery or heat … leprosy, TB, pneumonia or yellow fever.

The reader is invited to admit a complicity with the slavers, as Lamplighter’s story is ‘the story of sugar’. The British sweet tooth and liking for ‘hot puddings, cold puddings, steamed pudding, baked puddings, pies, tarts … creams, moulds, charlottes, bettys, trifles, fools’ drove the slave trade. As the play progresses, the slave trade is seen to grow exponentially, the port cities integral to the trade—’Liverpool, Bristol, London, Manchester, Lancaster, Glasgow’—growing and expanding into huge centres of manufacturing. As Lamplighter says, ‘I put those cities on the map’:

On the positive side, as MacBean states, in Glasgow, 1792, ‘13,000 residents put their name to a petition drawn from a non-Conformist movement to abolish slavery … the first human rights campaign in history.’ The chain of rebellions on the islands by the slaves themselves, culminating in the 1804 rebellion on Saint Dominique which became the Republic of Haiti was the impetus to George III’s signing of the Bill to abolish the British slave trade, although the Bill for the Abolition of Slavery was not passed until July 1833.

The play ends, as it began, with Aniwaa, using virtually the same words she used at the opening. The reader has been taken through the history of slavery from the villages of Africa via the plantations of the Caribbean to abolition and the formation of the independent states. With the CDs of the play included, and a long list of useful sources and further reading, including electronic sources, this is a vital resource for teachers of English to work with their colleagues in history, geography and modern studies departments on an interdisciplinary study which could seriously penetrate one of the blackest episodes in British colonialism, and bring a greater understanding of the contemporary legacy of the trade both in multiracial Britain and in the racist tendencies we see amongst sections of our population.

The Lamplighter by Jackie Kay is published by Bloodaxe Books, 2009.

Red Dust Road is a memoir by the Scots-born writer Jackie Kay. The title evokes somewhere far beyond Scottish shores and indeed the book travels long distances in place and time as she reveals the complex mosaic of her past. If Kay’s birth parents had married and lived together happily ever after, there would have been […]