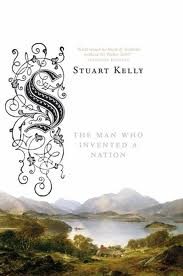 The appearance of a book-length reassessment of Walter Scott aimed at the general rather than academic reader is as welcome as it is unexpected. To his credit, Stuart Kelly resists the debunking routine that has become more or less compulsory in modern treatments of Scott and Scotland. At the same time, he warns us that he isn’t trying “to make Scott popular again” (3), in acknowledgment that popular reading habits have changed in the two hundred years since Waverley – no doubt irreversibly, although the mass-migration of reading to electronic screens may yet bring back an appreciation of the “certain slowness” (4) afforded by the printed page. In a succession of short essays, alternating between criticism, biography, memoir, and reportage, Kelly meditates on Scott’s role in the modern “invention of Scotland” (in Murray Pittock’s phrase), an achievement that carries more weight here than the literary fictions he wrote. The catastrophic collapse of Scott’s reputation – from unprecedented heights of fame and popularity in the nineteenth century to an abyss of neglect in the twentieth – gives Kelly his central theme. (Readers wanting a scholarly, in-depth analysis of that theme should consult Ann Rigney’s excellent new study, The Afterlives of Walter Scott: Memory on the Move (Oxford, 2012).) Scott’s fall was nowhere more calamitous than in Scotland, where it often seems as though he is remembered only to be reviled.

The variety of essay formats provides a wide net for catching the Scott phenomenon in its flight across different genres, media and other sites and practices – although the strategy carries with it the risk, into which this study sometimes falls, of blurring the categories of literature, life, reception and reputation at points where it seems crucial to tell them apart. Scott-Land is a popular work of cultural studies rather than of literary criticism, and it is not immune to cultural studies’ tendency to conflate literary works with their epiphenomena. The “voyage around [Scott]” (314) rarely makes landfall on the great continent of Scott’s achievement, the historical novels that transformed western literature in the nineteenth century and continue to shape our fictions of nation and empire, modernity and tradition, civilization and savagery (witness Waverley‘s recent avatar, Avatar). Scott’s house at Abbotsford and his stage-management of George IV’s 1822 Edinburgh visit (the “King’s Jaunt”) loom larger, with four essays each, than any of the poems or novels. Kelly captures the weirdness of the relic-collection at Abbotsford (a “preserved calf’s heart, stuck with pins, a local fetish used in witchcraft … like something out of a Clive Barker horror novel,” (140) and he shrewdly characterizes the Jaunt as an early “Situationist spectacle”, “flaunting its fictitious nature” (209).

When it comes to Scott’s writings, Kelly spends more time with what academic critics call their “paratexts” (their often elaborate framework of prefaces and introductions) and with derivative works (sequels, imitations, forgeries, parodies) than with the works themselves. He goes so far as to reverse Angus Calder’s advice to readers of Old Mortality (in the old Classics Penguin edition) to skip the opening preamble and plunge straight into the tale itself. Kelly’s Scott is all preamble. Kelly makes a persuasive case (one familiar to scholars since, at least, the work of Jane Millgate and Judith Wilt in the 1980s) for the interest of Scott’s Shandean foolery with the aims and materials of his art in the novels’ paratexts. He is sensitive to the experimental impulse in the opening chapter of Waverley, and insightful about the complexity of motives behind what Millgate called the “anonymity game”: Scott “had to make himself into an imaginary author” (115), turn himself into one of his own fictions. And Kelly brings to light a formidable archive of Scott parodies, especially American ones. In these essays on paratexts and parodies I sense the kernel of a different book, or perhaps the origin of the present one. They tend to lapse, however, into long swathes of quotation or paraphrase, unventilated by analysis, only occasionally (e.g., the catalogue of Indian place-names in James Kirke Paulding’s Lay of the Scottish Fiddle (93), justifying the space they take up.

Kelly’s more journalistic and personal essays, folding Scott’s case into our contemporary cultural landscape, combine acumen with lightness of touch: highlights include chapters on the Scottish parliament, on that faint echo of the King’s Jaunt the 2009 “Gathering”, and on the author’s own youthful brushes with Scott’s legacy in the form of the “Abbotsford ladies” and the late James Corson’s collection of “Realia” (a meta-version of the Abbotsford relics). Outlander author Diana Gabaldon makes a cameo appearance as the Author of Waverley’s “symbolic descendant” (217), anticipating her attendance at last year’s International Scott Conference in Wyoming. It is pleasant to have Ho Chi Minh’s and Tony Blair’s shared appreciation for Ivanhoe fleshed out, with an ingenious reading of the latter’s opportunistic claim on the novel (versus John Major’s on one of Trollope’s) in the 1999 General Election campaign. (It may be relevant to Blair’s choice that W.E.K. Anderson, the editor of Scott’s Journal, was his housemaster at Fettes.)

It is hard to sustain a serious critical argument in a fluent, easy style (as we academics, notorious for our curdled prose, should appreciate better than anyone), and much of the time Kelly brings off the feat admirably. Sometimes, though, the popular manner slurs into bad taste, spoiling sharp insights with crass punchlines, as in the stock conjunction of Victorian monument with public toilet (56), or into bad judgment, as in the portrait of Scott as a grotesque composite of Jeffrey Archer, Alasdair Campbell, Hugh Laurie and Stephen Fry, “a dash of Dickens” and “a soupçon of Indiana Jones” (17). Elsewhere Kelly deploys his pop-cultural touchstones more deftly. The charming “Digression on Secret Identities” supplies an irresistible gambit for classroom discussion: Was the Great Unknown more like Batman or like Superman?

The book is not free from errors of fact and misquotation, some of them trivial (the phrase from 1066 and All That is “right but repulsive”, not “right but rotten”); if one of the lamest lines in English literature is to be singled out as “immortal”, surely it deserves to be quoted as accurately as the most refulgent line of Keats: “Oh! Sophonisba! Sophonisba! Oh!” (22). More distracting are mistakes about the book’s subject. Copy-editing should have caught, at least, the assertion that “Scott did not publish a single novel” in 1825 (237), only five pages after a discussion of Tales of the Crusaders. Kelly quotes the opening sentence of Castle Dangerous as a deplorable specimen of Scott’s late, “apoplectic” style, but reproduces it from the 1832 edition, which, as we know now thanks to the Edinburgh Edition of the Waverley Novels, was heavily rewritten in press by Cadell and Lockhart. J. H. Alexander’s recent Edinburgh edition attempts to restore what Scott originally wrote; however Kelly seems unaware of the discoveries of EEWN, beyond a reference to having read Peter Garside’s Waverley.

Kelly is at his weakest when discussing Scott’s nineteenth-century literary legacy, as distinct from his cultural legacy, in the chapter “Mr. Chainmail”. Once again, instead of reckoning with Scott’s novels, he settles for a parody (William Maginn’s Whitehall), as though it comes to the same thing. Kelly lists the titles of forgotten novels by a series of “acolytes” in order to demonstrate the ephemerality of the Victorian vogue for historical fiction. The first specimen, Harrison Ainsworth, works well, since what we read is indeed a list of upwards of forty by now forgotten sub-Scott historical romances. The argument falters with the next case, Bulwer Lytton, since only a few of the listed titles are historical novels, and the others draw attention to Bulwer’s significance as an experimentalist and innovator (however little we may enjoy him today); and it falls apart when we get to the third author of “books you will never read”, “Mrs. Margaret Oliphant Oliphant” (275). Kelly seems unaware of the Margaret Oliphant revival that has brought several of the novels he lists back into print and awakened readers to their merits; at least one of them, Miss Marjoribanks, is something like a masterpiece, a work of beauty, moral intelligence and technical subtlety.

I note all this not to throw professorial weight against journalistic lightness but to regret the too infrequent appearance of the gifted literary critic Kelly proves himself to be in several of the book’s chapters. The brilliantly sustained sequence of essays on Minstrelsy of the Scottish Border and Scott’s poetry refreshes our sense of this still-underrated phase of his career. Kelly gives a vivid, convincing account of the originality as well as the popular appeal of The Lay of the Last Minstrel, and of the perverse turn towards self-imitation in the poems written after The Lady of the Lake. A chapter on “Scott’s Theory of Fiction” astutely catches our author echoing a passage from John Dunlop’s 1814 History of Fiction, and insists on the prominence of fiction over mimesis in Scott’s conception of his art: it is the difference from the record of reality that counts. This emphasis is surely right, and salutary, given the propensity even of some scholars to treat Scott’s historical novels as though they were displaced or deformed histories.

“Scott changed world culture” (312) with his invention of Scotland, pioneering the modern, mass-mediated phenomenon of an imaginary or virtual mode of national belonging. If it was Scott’s doom to have his literary inventions absorbed into that vaster, cloudier invention – Scotland as the ancient, organic heart of a multinational, industrial, world-imperial state – then perhaps it was inevitable his reputation would last only as long as that national fantasy and its economic and geopolitical infrastructures. But the literary works, especially the novels, remain, outlasting ideological smash-and-grabs and waiting to be read again: and it is the lost opportunity of Kelly’s book that it makes so little attempt to ask whether, let alone why, that might be so.

For all its local zest and boldness, then, Scott-Land settles in the end for conventional judgments. Despite its many flashes of fresh thought, it never quite shakes free of the standard verdict that Scott’s reputation was mere tinsel and its decay the revelation of an awful truth. Scott’s biographical crisis, the 1826 crash, continues to cast an archetypal shadow over the critical assessment of his achievement. To ask, “Where did it all go wrong?” (The Bride of Lammermoor? Ivanhoe? The Monastery?), is already to accept that it did all go wrong – and to close off the possibility of re-reading and re-thinking the later fiction. “It became a critical commonplace” that Scott’s imagination began to fade the further it turned away from Scotland, Kelly acknowledges (175) – and goes on to reiterate it. Kelly effectively endorses the attacks on Scott by Carlyle and Mark Twain by giving them so much airtime. And he reads Scott’s famous tribute to Pride and Prejudice in the false light of the twentieth-century Jane Austen boom that accompanied the Scott bust: post hoc, ergo propter hoc. Here Kelly falls captive to a modernist ideology of psychological inwardness, moral realism, and so on, where he might have considered whether Scott’s novels provide, instead, an alternative aesthetic ground from which we could view those criteria as overvalued. Scott-Land closes with a quotation from G.K. Chesterton extolling Scott’s “natural manliness” as the quality that survives his artistic defects. I find the claim, and its apologetic cadence, less impressive than the bold flourish with which Kelly opened his book. Scott’s faults, he declares, scarcely detract from his virtues of “wit, slyness, grandeur, empathy and originality” (2). It’s a perceptive, resonant, exhilarating list – and it’s a pity that what follows only intermittently keeps faith with it.

Scott-Land: The Man Who Invented a Nation by Stuart Kelly is published by Polygon, 2010.

In September, 2007, Murray Pittock and I organized a weekend conference at the University of California, Berkeley, ‘Scottish Romanticism in World Literatures,’ which was attended by scholars from the British Isles, Spain, Italy, France, Germany, Japan and Canada, as well as all over the U.S. One year later, I’d like to take this opportunity to reflect on […]