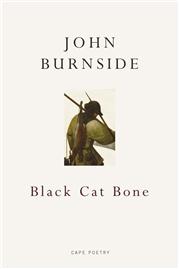 In a recent essay, John Burnside describes the experience of being lost in the north Norwegian tundra. Having strayed from the markers of a hiking trail—an easy error in heavy snow, which effaces landmarks and distorts vision—he finds himself disorientated. Rather than fear, however, he experiences a transient elation: ‘my first recognisable emotion was a quiet sense of actually being in the world, a thread of its fabric, stupid and vulnerable perhaps, but alive and more alert than I had been in a long time.’1 Divested of ties to civilisation, stripped back to the reality of true solitude and isolation, he must face up to a dangerous fantasy: to vanish completely, to be immersed in the world to the point of disappearance. He stands at a threshold moment, a liminal point, something he describes as a key leitmotif in Norwegian art, ‘the constant play between appearing and vanishing.’

This impulse has always been a central feature of Burnside’s work, perhaps most clearly visible in his poetry. In some ways, this is no surprise. Seamus Heaney talks of his realisation that ‘the one simple requirement—definition even—of lyric writing is self-forgetfulness.’2 In Burnside’s poetry, though, it is not merely that the poet’s identity vanishes to enable the poem, but that the poem’s speaker is at once present and absent, existing as an observer, a voice, but increasingly unstable as a presence separate from what it is trying to define, as if the voice emerged from physical or emotional space, lacking the substance and authority to narrate:

Burnside’s poems are full of such solitaries, struggling to locate themselves from one moment to the next. The final stanza of ‘Bird Nest Bound’, quoted above, opens with the speaker’s waking ‘at first light, bleared with the sense/of having been someone else.’

Burnside’s work has always been about moments of transformation, or change, the endlessly metamorphic adaptability of human identity. The main focus of his work, though, is often the struggle faced by a character, or a speaker, or perhaps merely a voice, to find the space they need to see beyond the framing confines of the expected, that which they have been taught to see, and instead to appreciate the fragility, the provisonality, and even the artificiality, of what we regard as day to day reality. In Burnside’s work, solitude and silence bring one back to the world, as opposed to what passes for reality, oftentimes through sensory immersion in a wider “nature” that we tend to think of as separate, or discrete, from human endeavour. In her A Book of Silence (2008), Sara Maitland describes how she cannot separate the concepts of silence and solitude as ‘they both refer to that space in which the social self and the ego dissolve into a kind of hyperawareness where sound, and particularly language, gets in the way.’4 In Burnside’s poems and fiction, solitude provides a space for spiritual meditation and wider connection to the nonhuman world, a space in which, to quote Maitland again, ‘the boundaries of the autonomous self can dissolve, can be penetrated without breaking’.5 Solitude becomes a means to transformation, and insight, a way of breaking boundaries to find oneself continuous with the nonhuman world rather than separated from it, and in so doing to see beyond the constraints of the quotidian.

In Burnside’s most recent work, the novel A Summer of Drowning and the poetry collection Black Cat Bone (both 2011), these concerns continue, but they do so attended by a warning. In A Summer of Drowning, Liv, an adolescent girl who lives with her artist mother on Kvaløya, an island inside the arctic circle, becomes obsessed with a series of seemingly unexplained drownings which take place during the uncanny season of the ‘midnight sun’. Her imagination is fed by the ancient folk tales of her only occasional companion, Kyrre Opdahl, whose stories hold a single thread in common: ‘order is an illusion and, eventually, something will emerge from the background noise and the shadows and upset everything we are so determined to believe in.’ Liv is convinced ‘that’s how it is in stories—in real life, that something is always there, hidden in plain view, waiting to flower.’6 Liv’s conflation of ‘stories’ and ‘real life’, of course, acts as an early warning, but it is her solitude which banishes the line between them. As Ryvold, one of her mother’s ‘suitors’, gently warns her, stories such as that of the mythical huldra—a beautiful woman in red, who lures men to their deaths—are a warning against believing too much in one’s own illusions. Solitude and silence may bring insight but, unchecked, or if these insights do not inform or enrich one’s relationships with others, the individual is left, in Ryvold’s words, susceptible, a victim of one’s own self-annihilating fantasies.

In the long poem ‘The Fair Chase’, from Black Cat Bone, the speaker finds himself within a community of men who must hunt a beast they have never seen directly, ‘blacksmiths and lawyers, orchardmen,/butchers in waiting,/lost in the fog, or hallooing after the pack’.7 He says: ‘what we were after there, in the horn and vellum/shadows of the wood behind our house,/I never knew.’ Nevertheless, the hunt continues, and ‘when one man sickened and died,/another would take his place’ and the ‘wandering column’ continues. It is easy to see this hunt as an allegory for the futility of tirelessly seeking power, or fame, or renown: a rat race of men all bent on a goal that may be a chimera, a beast of fancy. The speaker, trying to shed the social conditioning and absurdity of the hunt, ventures off into the forest alone. When he eventually tries to return, though, he finds everything transformed: ‘I knew the market cross; I knew the spire;//but everything was strange, even the house/I came to at the far end of the lane’.8 By immersing himself in solitude, rejecting the company of his fellow villagers, the speaker ceases to exist, and the insights he has gained during his period of seclusion are lost. His contemporaries may be responding to brands of illusion themselves, but they possess each other; in his solitude and isolation, the speaker’s insights transform into merely further illusions, and he loses all he has.

Burnside has always used fragments of ritual and myth in his work, employing these to animate his solitary speakers’ sense of displacement, but also to underline their striving to see beyond the regular social order. Myth is used, in Seamus Heaney’s words, as ‘an alternative, a revelation of potential that is denied or constantly threatened by circumstances.’9 The myths and stories used in Burnside’s most recent work, however—that of the huldra, or the beast in the woods—are a somewhat different. They are cautionary tales against susceptibility, perhaps, warnings that the impulse towards solitary contemplation, while containing the promise of transformation or regeneration, is also beset by the possibility of loss. Indeed, as Burnside relates his being lost in the tundra, he recalls an earlier warning from a concerned friend: ‘once you have community, then you can be alone … you may not come back very often, but you have to know that you can.’

If there is any sensation that is better than walking to the edge of a settlement – a town on the road, a lonely filling station, the huddle of cabins and steam on the highway through the Argentine pampas where, long ago, some friends and I stopped one night, on the way to Entre Rios, […]

Urban History The first of the four quartets in Gift Songs opens with a walking figure that is considering concerns and coordinates for the site of lyric: I’m walking through the windless innertown, —breeze-blocks, mongrels, smashed glass, chantiers— walking towards the sky, and the smell of the tide and reading the names from a map, rue Lumiere, impasse […]

‘All One Breath’ by John Burnside

Although it’s wary of systems that display ‘perfect specimens, the finished articles’, All One Breath is a fully realised guidebook to coming of age as an artist. Of course John Burnside’s art has been consummate for a significant time already; this book feels his most explicit yet in letting the reader in and describing how […]