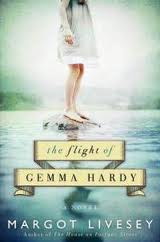 Jane Eyre is self-absorbed, self-indulgent and self-righteous: her very self-abnegation is aggressive. Jane Eyre is a novel that ought to appeal only to the adolescent imagination but I defy anyone who reads it again, even as I have just done in late middle-age, not to succumb to its heroine’s emotional intensity, passionate cry for recognition and love and her deep-felt sense of the natural world. Margot Livesey’s new novel, The Flight of Gemma Hardy, in its words, ‘writes back to Charlotte Brontë’, and my re-reading of Jane Eyre is a gift that Livesey has given me, but the comparison her narrative consistently invites with its nineteenth-century model is often in the model’s favour. This is not surprising — writers tangle with the classics at their peril and since at least one of the many tangles with Jane Eyre, Jean Rhys’s Wide Sargasso Sea, has become a classic in its own right, Margot Livesey’s problem is doubled.

The Flight of Gemma Hardy is a bildungsroman which transfers Jane’s experiences to the period from the late 50s to 1967. From the first sentence, ‘We did not go for a walk on the first day of the year,’ a version of Brontë’s brilliant opening, ‘There was no possibility of taking a walk that day’, Livesey’s narrative shadows its model closely enough to remove much suspense. Gemma Hardy is born in 1948 to an Icelandic father and Scottish mother, both of whom die while she is still very young. Removed from Iceland by her mother’s brother, she is taken to his home in the Scottish Borders. Of course, her kindly uncle dies and Gemma is left to be abused by her horrible aunt, her aunt’s even more horrible son, and his two slightly less horrible sisters. There is a parallel to the red room episode which is, and this is one of the novel’s best innovations, developed into a thematic focus on closed spaces and fears of being buried alive which achieves something of the Gothic flavour of the original.

Next there is the awful school, Claypoole, invoking Oliver Twist’s ordeals as well as Brontë’s Lowood (were there really boarding schools in Scotland that had ‘working girl’ pupils into the 1960s?) where the still feisty Gemma is bullied by teachers and her fellow workers — bread and water for a fortnight — seriously. No reincarnation of Miss Temple, alas, and the one friendly girl, although not birched like Helen Burns, is destined, readers will know, for premature death.

Forced by the closure of the school to find employment before she is able to take her Highers (the taking of these Highers and going to University forms the pinnacle of Gemma’s aspirations for this section of the novel) Gemma becomes nanny-cum-governess to eight-year-old Nell, the niece of Mr Rochester’s reincarnation, Hugh Sinclair, a banker and owner of Blackbird Hall in Orkney: ‘Nowadays he mostly lives in London, making money hand over fist.’

No prizes for guessing the outcome of this situation, and although Mr Sinclair isn’t as sexy as Mr Rochester (actually he isn’t as sexy as Mr Knightley) Livesey makes up for this in her splendid rendering of the land and seascapes of the islands. As in Jane Eyre the relationship between Gemma and Hugh leads to an interrupted wedding: there is no madwoman in the attic, although there is an homage to her later in the story. It would be a spoiler to explain Sinclair’s dark secret, except to say that it is inventive and involves Bevin boys — Hugh’s cousin has been one during WWII. This issue could indeed have been made more of, for it is one of the great disgraces of the last century that Bevin boys, who worked obligatorily in the pits from 1943-48, were abominably treated after the war, their contribution ignored until 1995.

After the interrupted wedding, things go on as expected: flight, near-destitution, rescue by two women and a learned, sexless man, brief period of semi-settled life, reencounter with wicked aunt, rejection of sexless man. But the ending of Livesey’s novel is suddenly and welcomely different. Gemma decides to find herself by exploring her Icelandic heritage. The resultant trip to Iceland contains some of the best scenes of the novel and the happy ending of the narrative is genuinely modern — open and forward-driving.

Livesey has said that she made her heroine older than herself because she wanted her to come of age just before ‘the rising tide of feminism’; thus the novel is, and is not, autobiographical. The problem with this is that some attempts to situate the events of the narrative are less than happy. I am five years older than Gemma Hardy, while her creator is five years younger; our life experiences have all been quite different. We were, however, all in Scotland, real or imagined between 1950 and 1970: Livesey then moved to America in the 70s. I do not always recognize Gemma’s Scotland and I miss some of the commonly experienced events of the wider world to set against the enclosed misery and persecution of Gemma’s adolescent life. Less news of the times seems to penetrate Gemma’s life than if she had been in a high security prison. The 50s and 60s saw the Hungarian Revolution, the death of JFK, the Cultural Revolution in China, the Cuban missile crisis, when we truly thought we might die in a nuclear disaster. And then there was Elvis and the Beatles and the Stones. Detail about Scotland and the wider world is not absent from the novel but it is curiously uncharacteristic or chosen, like the Aberfan disaster more to flesh out the novel’s concerns (here with claustrophobia) than to characterize a period.

Gemma’s problems are much more obviously manufactured than those of Jane and those too of Dickens’s waifs. The financial solutions which finally give a measure of independence to all of these fictional children are all more or less fairy tale. In truth the early sixties was not a bad time to be a young woman with a way to make in the world. It was possible to live on University grants and it was possible to get casual summer employment in a way that has probably never been the case since. And so I could never feel the urgency of Gemma’s problems as I feel Jane’s and David Copperfield’s and Oliver Twist’s.

Dickens was exposing the real vices of charitable institutions and the suction of crime in the cities. Charlotte Brontë had direct experience of the vicissitudes of a girls’ boarding school. Margaret Livesey certainly attended and hated a girls’ school in Scotland. Was there in truth such a boarding school for girls, like Claypoole, that admitted and abused ‘working girls’? — certainly there was abuse in a number of state institutions and so it’s not impossible. But I do know Gemma would not have taken O levels which was an English qualification — Scotland had O grades — Mr Sinclair would not have been awarded a 2.2 from Oxford which didn’t begin dividing seconds until 1986; Gemma couldn’t have got a passport without someone, normally a JP in the 60s certifying her photograph. Flying was relatively expensive in the 60s but £195 return from Glasgow to Reykjavik seems a lot. But it isn’t much to the point any way since Gemma would not have been able to fly direct from Glasgow to Reykjavik in 1966, although she could probably have gone from Prestwick. These things don’t matter very much but they cast doubt on other things which do matter.

Yet, this is probably fussing too much, for The Flight of Gemma Hardy is generally an enjoyable read and ask pertinent questions for young readers: ‘Is there a God?’, ‘Who am I?’, ‘How should I live?’, ‘Where am I going?’ It is a novel, too, that makes its own excuses for getting things wrong by admitting the unreliability of memory and the need for openness to other beliefs and values. Gemma’s sense of landscape and seascape in Orkney and in Iceland is always sensitively and evocatively rendered. The two central and opposing motifs of flight and constriction are carefully maintained throughout the stories of all the central characters. Like Jane Eyre, Gemma is drawn to the natural history of birds but unlike Jane Eyre, the modern heroine is able to conclude this opening episode of her life by drinking champagne on an aeroplane.

The Flight of Gemma Hardy by Margot Livesey is published by Harper Collins, 2012.

What follows is the text of the McNeillie Lecture, which I gave at the Wigtown Book Festival, 2006. Some recent interest in The House with the Green Shutters has prompted me to reproduce the lecture here. It has never been published and may provide readers with some thoughts, not academic, but I hope still of […]