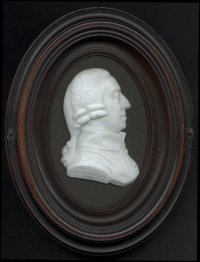 ‘The invisible hand’ is probably the most recognizable catchphrase of economic talk today. Invoked by supporters of capitalism, it insists upon the essential wisdom and naturalness of allowing financial decisions to be made by unfettered market forces rather than by individual or institutional actors; as U.S. presidential hopeful Mitt Romney liked to tell his supporters on the campaign trail in 2011, ‘The invisible hand of the market always moves faster and better than the heavy hand of government’.1 Invoked by capitalism’s critics, by contrast, ‘the invisible hand’ usually connotes the heartless, even monstrous logic of economic rationalism devoid of moral or ethical considerations. In both cases, I suspect that the coinage’s originator, the Scottish Enlightenment thinker Adam Smith, would be surprised by its robust afterlife. Tracking the development of this famous phrase, as I propose briefly to do here, sheds light on the fascinating ambiguities of what has become the world’s foremost metaphorical description of capitalism’s ideal workings.

The invisible hand springs from humble origins. It first appears, long before its better-known usage, in one of Smith’s lectures delivered at the University of Glasgow in the later 1750s. More surprisingly still, as Emma Rothschild has observed, it initially has decidedly ironical overtones.2 Tracing the history of astrology, Smith calls the hand into existence in order to disparage the supposedly ‘vulgar superstitions’ of ancient polytheists who knew no better way to account for naturally occurring events than to see in them divine interventions. As Smith sees it, ‘Fire burns, and water refreshes; heavy bodies descend, and lighter substances fly upwards, by the necessity of their own nature; nor was the invisible hand of Jupiter ever apprehended to be employed in those matters. But thunder and lightning, storms and sunshine, those more irregular events, were ascribed to his favour, or his anger.’3 In its original appearance in Smith’s thinking, the invisible hand allows humans to make sense of unusual, otherwise incomprehensible events. As his context makes clear, such rationalizations are themselves irrational, borne of fear or hope rather than evidentiary or logical thinking — the latter two being the mental activities Smith and the other Scottish Enlighteners prized most highly.

Smith’s next invocation of the invisible hand brings it closer to the usage with which we have become so familiar. In the treatise that first made his eighteenth-century reputation, The Theory of Moral Sentiments (1st ed. 1759), Smith re-introduces the phrase to describe how wealthy landowners, thinking merely of themselves and their appetites, nevertheless remain unable to consume their lands’ entire harvests, and thus inevitably facilitate a distribution of goods that more-or-less resembles what might have taken place in the natural order of things: ‘and in spite of their natural selfishness and rapacity, though they mean only their own conveniency […] they divide with the poor the produce of all their improvements. They are led by an invisible hand to make nearly the same distribution of the necessaries of life, which would have been made, had the earth been divided into equal portions among all its inhabitants, and thus without intending it, without knowing it, advance the interest of the society, and afford means to the multiplication of the species.’4 Clearly, this is much closer to articulating the ‘economic rationality’ with which the invisible hand is associated today. Equally notable, however, is the way it retains the condemnatory tone, as well as the emphasis on human ignorance and passivity, of its original context of pagan obeisance to inscrutable forces. Moreover, despite extensively revising other parts of Moral Sentiments over the course of multiple editions, Smith never altered this passage, suggesting that he consistently approved of its tone as well as content.

And so we come to the third and final iteration of the invisible hand. Having moved from the nascent psychology and sociology of Moral Sentiments to the early economic theory of The Wealth of Nations — which begins with the insight that economic exchanges also require sympathetic acts of imagination,5 thus resolving in advance the ‘problem’ of reconciling the underlying rationales of these two great treatises — Smith re-introduces his phrase in the middle of an otherwise relatively unremarkable discussion, deep in Book IV, regarding the calculation of annual national revenue:

I have quoted this passage at greater length than usual in order to provide a fuller context for Smith’s final, and by far most famous, deployment of the invisible hand. Situated in this way, what becomes most striking is its relative unimportance to the passage a whole: the invisible hand is little more than a unifying image, one that allows a range of situations (‘in this, as in many other cases’) to be understood along similar lines. Actors in a variety of transactions, Smith says, frequently produce unintended consequences (‘an end which was no part of his intentions’); the invisible hand, which is given neither secondary elaboration nor any special emphasis here, seems present primarily because, as we have seen, Smith was already used to using it as a handy, if ambivalent, figure.

Can we conclude with Rothschild, then, that Smith intends it here to have the ironical overtones of its earlier appearances — in short, that it underscores the absurdity of supposedly sophisticated merchants and traders acting with relative blindness? I’m not sure. We can say with certainty, however, that the passage lacks the prepositional phrase that has become most associated with Smith’s invisible hand: ‘of the free market’. In fact, not only is there no invocation of the free market, but as other parts of Wealth of Nations make clear, Smith does not believe in a capitalist marketplace wholly free from restriction or regulation (as many of his supposed acolytes claim); on the contrary, he plainly sees that government, not private industry, is the only force capable of effectively ‘erecting and maintaining’ the technically unprofitable but nevertheless indispensable ‘publick works’ and ‘publick institutions’, like schools and highways, essential to every modern state.7 Finally, as the full ‘invisible hand’ passage in Wealth of Nations makes plain, if Smith does not bother here to say much about why private merchants need not concern themselves overly with the public good, then the reason is clear: very few of them show such concern in the first place. The irony of calling such absent concern ‘an affectation’ is this passage’s final, overlooked yet perhaps most characteristically Scottish touch; it is superfluous, after all, to condemn something that hardly exists in the first place.

Given all of the above, how did ‘the invisible hand of the free market’ come to be the global slogan of contemporary capitalism? The full story of the rapid (albeit partial) diffusion of Smith’s economic theories is beyond the scope of this article. Along with other ‘classical economists’ like his fellow Scottish Enlightener David Hume and David Ricardo, Smith’s ideas helped prod Karl Marx to write his still-controversial rebuttals of capitalism in the later nineteenth century, as well as stimulated Max Weber’s thoughts regarding capitalism’s historical and religious roots.8 These thinkers, in turn, fed the early twentieth-century writings of economists like Joseph Schumpeter and John Maynard Keynes, who believed that capitalism’s noticeable advantages for successful individuals could be yoked to ‘socialist’ concerns for the well-being of society as a whole. Their writings in turn prompted a hard ‘return’ to Smith’s original ideas as interpreted by later twentieth-century economists like Friedrich von Hayek and Milton Friedman. And although Hayek, Friedman and their followers clearly selected those elements of Smith’s thought that most appealed to their neo-liberal agendas, while ignoring or downplaying the contexts and qualifications described above, their version of Smith as ‘the grandfather of free-market rationalism’ is now generally taken to be accurate. As the title of a recent economic survey suggests, the idea of ‘Adam Smith in Beijing’ is today not simply a trope but also a reality.9

So what would the Scottish Enlightener himself think of his invisible hand’s ubiquity today? It is, of course, impossible to say. Nevertheless, given its ambiguous status in his writings, it seems likely that Smith would at least be bemused, if not downright surprised, by its current domination of popular thinking about capitalism. Like the fate of other foundational paradigms of modern Western thought, such as Freud’s Oedipus complex and Darwin’s natural selection, the complexities and qualifications of the Smithian invisible hand have been ironed away by subsequent generations of (mis)use. Unlike those other cases, however, it is not even clear that Smith intended his invisible hand to be as central as it has obviously become to his legacy and ideas. Were both its advocates and its critics more aware of its origins and transformations in Smith’s thought, the former in particular might be more circumspect in their debates and demands over the nature and future of so-called free-market capitalism.

1 www.brainyquote.com Mitt Romney (accessed 11/19/2012).
2 See Emma Rothschild, Economic Sentiments: Adam Smith, Condorcet, and the Enlightenment (Harvard University Press, 2001), esp. 116-36, to which the following analysis is indebted.
3 Adam Smith, Essays on Philosophical Subjects, eds. W. P. D. Wightman and J. C. Bryce, vol. III of the Glasgow Edition of the Works and Correspondence of Adam Smith (The Online Library of Liberty Fund, 1982).
4 Adam Smith, The Theory of Moral Sentiments, eds. D.D. Raphael and A.L. Macfie (Indianapolis: Liberty Fund, 1984), pp.184-85.
5 For a mutually beneficial exchange to take place, Smith says, I need to be able to figure out what you need or want so that I can offer you something that will induce you to give me need / what I need in return.
6 Adam Smith, An Inquiry into the Nature and Causes of the Wealth of Nations, Vol. 1, eds. R.H. Campbell and A.S. Skinner (Liberty Fund, 1981), p.456.
7 Smith, Wealth of Nations, Vol. 2, 687-88.
8 See, for example, Karl Marx, The Communist Manifesto, ed. Frederick L. Bender (Norton, 2013); Max Weber, The Protestant Work Ethic and the Spirit of Capitalism, trans. Talcott Parsons (New York: Scribner, 1958).
9 Giovanni Arrighi, Adam Smith in Beijing: Lineages of the Twenty-First Century (Verso, 2007).

Facing the Other, Reflecting on Ourselves: Michel Faber’s ‘The Book of Strange New Things’

‘I have been a stranger in a strange land’ (Exodus 2:22). These famous words are spoken by Moses, as rendered in the King James Bible, when explaining his choice of name, Gershom, for his son with Rebekah. Gershom means, roughly, ‘sojourner’, and is thus an apt commemoration of Moses’ famously ambiguous status in Egypt, a place […]

The accomplishments and achievements of the Scottish Enlightenment never fail to impress. Even when considered only in its most narrow, academic sense, the influence of this relatively small group of writers and thinkers is incredible; quite literally, the disciplines we now call anthropology, chemistry, economics, geology, history, linguistics, philosophy, mathematics, and sociology would not be […]

Introduction to ‘The Scottish Fetish: Beyond the Kilt’

The papers gathered here are versions of those delivered at the Modern Language Association’s conference in Austin, Texas in January 2016. As Chair of the MLA’s Scottish Literature Forum for the 2015-16 cycle, it was my responsibility — and pleasure — to moderate the Forum’s annual guaranteed session. When my fellow Forum executives and I […]