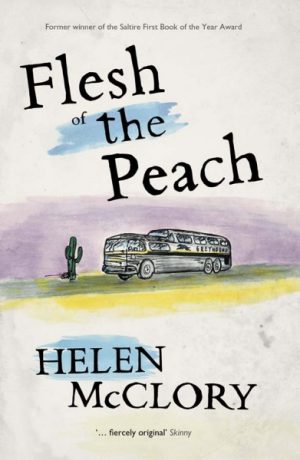 If I wrote that this was a book about a violent protagonist with a turbulent back-story who heads for the wilderness to seek isolation, and perhaps ultimately a reconciliation with the past, you might assume that I was talking about a man. An emotionally wounded man perhaps, bearded and haunted with sad eyes and a taste for hard liquor, tramping into the backwoods, his gaze forever on the distant unattainable horizon. He might even meet a woman on his travels who offers ‘comfort’ and allows him to leave at the time of his choosing, without a fuss.

Much, but not yet enough, has been written about the difficulties that women fiction writers encounter when they write about women who are not conventionally or traditionally ‘likeable’. Interviewers express surprise that they, the author, are in fact a normal pleasant person quite unlike their main character. This is not an expectation required of male authors. They are allowed to make things up and retain their own separateness.

American writer Meg Wolitzer has written about the expectation of ‘fiction about and by women who the reader is meant to feel “comfortable” around’. She calls this ‘slumber party fiction’. And Claire Fallon, in a blog about ‘Great Male Protagonists’, notes that there are simply ‘higher standards for pleasantness’ required for both women writers and their female characters. Hillary Clinton was criticised for not being warm enough. Lionel Shriver deflects blows each time she ventures into print or public. There are standards and they are unforgiving.

And so I am delighted to report that in Helen McClory’s novel Flesh of the Peach we have a fully formed violent, creative, psychologically damaged, intelligent and sexually active female in the leading role. Well hallebloodylujah.

Sarah Browne is an artist who has yet to fully own her own talent. Her late mother was also an artist, a highly successful painter of the ‘pale water-colours of an England that never existed’ variety, who when she dies leaves Sarah a ridiculous amount of money, a large house in Cornwall and a cabin in a remote high valley in Santa Fe County, near the Mexican border.

The story begins in New York, heads to New Mexico, detours to Paris briefly and comes to land back in Cornwall. There is a female lover and a male lover, and McClory write her sex scenes, be they satisfactory or not, with beauty and power.

To simply relay the plot would be to do the book a woeful disservice and would also not take very long. The strength of this novel is in the magnificence of the writing, which in turn produces a central character of such believable depth and complexity that many pages and paragraphs and sentences simply demand to be re-read over and over again. If the lines were chopped up it could be poetry.

There are some set pieces that would work as short stories, such as the vivid account of the bleak and frightening pit stops on the Greyhound bus heading south: the sense of everyday danger, the desolation, the heat, and the driver with his mustard hotdog, sobbing alone at the wheel of his giant truck.

And I have never seen an elk, but McClory’s description is surely the next best thing: ‘They had great thick necks and peaceful eyes, and their muzzles reminded Sarah of camels; rounded drooping mouths that seemed to express some low inner sorrow. Mouths like the hands of the elderly covered in felt socks.’

This is a book about pain. Pain that gets knitted into a family’s DNA, pain on the inside and the outside, pain that becomes fear and violence, inwards and outwards, ripples and torrents, and the hazards of setting out on a dangerous self-healing mission and leaving the map, and the safety net just out of reach.

And take time to enjoy the juxtaposition of the grim with the prosaic and the poetic: ‘She would eat handfuls of the cool and bloody meat […] with vases of lilies on coffee tables, too high to see if she had guests’. Or ‘she was slowly disintegrating into a terrible void a maelstrom a din of music that she could taste in plastic and heat and something metallic. But she was pretty in her clothes and her movements were almost easy, out of all that practice.’

Near the start of the novel, Sarah decides that ‘she was going to dress, from now on, for a beautiful life. One way to choose to exist.’ But her past decides otherwise and regardless of the outfits she selects she still gets blisteringly drunk, and still the man she tries to care for keeps having accidents in her presence.

It is of course a reviewer’s cliché — the laziness of stating that the landscape vies for the role of central character. So instead, all you need to know is that you will smell the trees, the junipers and the spruce, and the heat on the dry red dust, and you will taste the salt of sweat and blood. Your eyes will stretch and blink towards and beyond out-of-focus horizons, and the everyday horror of the damage that we humans can inflict on each other in the name of revenge (but more usually in the name of love) will stay with you long after the last page is read, the book laid down, the next thing moved on to.

The last words can go to Sarah. If someone asked her to relate her life, ‘she’d have to laugh. She’d put her arms around them and just laugh low. Oh, I’ve had to be grand, hon. I’ve had to be fucking awful.’

Flesh of the Peach by Helen McClory is published by Freight Books, 2017.

After her 2015 debut, On The Edges of Vision, which won the Saltire First Book of the Year award, and the novel Flesh of the Peach (2017), Mayhem & Death – a collection of flash fiction between one and three pages long – marks McClory’s return to the short form. The collection, boasting thirty-seven stories […]

‘The Walrus Mutterer’ by Mandy Haggith

For those seeking an answer to the FAQ, “What was it like in the Scottish Iron Age?”, the bad news is that the most definitive “I was there” written account is forever lost, probably around two thousand years ago. On The Ocean – a record of a remarkable journey undertaken by the Greek navigator, geographer […]

‘The House Between Tides’ by Sarah Maine

Fiction should not have feminism stamped through it like Edinburgh Rock, nor need every heroine (and I use the word advisedly as opposed to, say, ‘key protagonist’) be the glorious Ifemelu in Chimamanda Ngozi Adichie’s Americanah or even Chris Guthrie — but I would suggest that, at this early stage of the twenty-first century, they […]