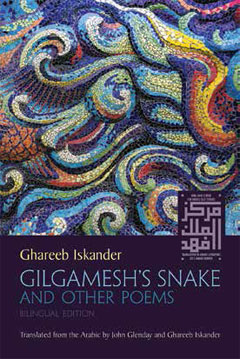 The Epic of Gilgamesh, the great work of Mesopotamian literature dating back over four millennia, has been adopted and adapted in innumerable artistic forms and to multiple purposes. In Western popular culture it has been transformed into comics, operas and sci-fi novels, and used as a metaphor or motif for issues ranging from homosexuality to post-Second World War Germany. Philip Roth turned Gilgamesh into a baseball player, and in one novelisation the epic’s hero narrates his story to Doctor Who.

In his own homeland, though, Gilgamesh and the iconography of the Sumerian and Mesopotamian pasts were used by Saddam Hussein in his efforts to forge an Iraqi identity which subsumed Islam. More recently, Western powers — despite the damage inflicted on Iraq’s archaeological heritage by US forces in 2003 — have used ISIS’ destruction of ancient sites in its narratives of Western ‘salvation’ through aerial bombardment.

This plethora of politicisations, appropriations and re-writings of Gilgamesh and his story make Ghareeb Iskander’s re-framing of the epic all the more poignant. In the hands of an ‘ordinary’ Iraqi — a poet and exile — the motif of Gilgamesh is reclaimed, but not as the great hero of an epic. As Iskander said at London’s Shubbak Arabic culture festival in 2015, ‘My hero is not Gilgamesh but any Iraqi who has been a victim of dictatorships and war’.

Iskander’s poem, translated by the author in collaboration with Scots poet John Glenday, has been published in its entirety by the University of Syracuse Press after winning the 2015 King Fahd Center prize for Arabic translation. Former winners of the award include greats of Arabic literature including Jabra Ibrahim Jabra, Ghada Samman and Elias Khoury. Sections of Iskander’s work also appeared in This Room is Waiting: Poems from Iraq and Britain (edited by Lauren Pyott and Ryan van Winkle), issued by Glasgow’s Freight Books in 2014.

The latter anthology was one of the outcomes of the Reel Iraq festival, which paired up a number of Iraqi poets (writing in both Arabic and Kurdish) with Scottish counterparts for a workshop in Iraqi Kurdistan in 2013. The most productive of those pairings — illustrating the richness of the often unforeseen consequences of cultural encounters — has been Iskander and Glenday, with the duo also working together on the poems of the great Iraqi writer Badr Shakir al-Sayyab.

The involvement of Ghareeb Iskander in creating the English versions of his own works make Gilgamesh’s Snake atypical (although perhaps decreasingly so) in the realms of translated poetry. It is a commonplace that poetry itself is ‘untranslatable’, the demands of cultural specificity, language, rhythm, rhyme and metre too great to transfer from one language to another.

Iskander, though, has outlined his philosophy of poetic translation as one which sees the process as a ‘dialogue between the source and target languages’ which brings the translator’s knowledge of language and culture into play to create a ‘third language’, shaped by both the text itself and the conditions of translation. Involving Glenday builds in yet another level of dialogue, with the conversation between poets developing, not a ‘literal’ presentation of Iskander’s text into English, but a new work in which both writers seek to convey the themes and feelings of the original. The interplay between the text, author/translator and translator is highlighted by the dual-language format of the book, with the English version running parallel with the Arabic; the English sometimes diverges markedly from the literal meanings of the Arabic, but the aesthetic or emotional logic behind expanding on or contracting the Arabic is perceptible in the poem’s new cultural and linguistic form.

Ghareeb Iskander’s own transformation of the Gilgamesh epic into a modern poem draws the original’s grandeur down to the personal scale, without rendering it inward-looking. The narrator’s voice is that of the refugee or exile, the person who loves their homeland and culture but has to witness its collapse, and can depend only on their own resilience:

Long ago you loved the names for things.
The rules of grammar and
wordplay.
Today, however,
Your only choice is to carry on
so that you may set out for life’s second darkness.

Fractured beyond even political conflict, Iraq, in this portrait, has become the haunt of ‘Thieves / pimps […] Gun-runners / Slave traders / Sloganmongers’.

Iskander’s twenty-first century Gilgamesh may have shed his heroic stature, but the message of the new poem echoes that of the original epic: that after a journey through violence, sex, war, and proto-nationalism, the search for eternal life is doomed to failure, because death was created as part of man’s lot. In the context of the modern Middle East it is a stance which makes all too much sense. In seeking eternity, the answer is instead to find life in the most transient of things, the ‘beauty that grows on the cliff edge / and dies inside a woman’, and to ‘bless endings. / Say, there is no such thing as existence’.

It’s easy to forget, with the immediate resonance of the Gilgamesh reference, that this book is also ‘… and Other Poems’. They may not be formally part of Gilgamesh’s Snake, but ‘The Book of Silence’, ‘The Book of Oblivion’, ‘The Book of Tears’ and ‘Labyrinth’ continue many of its themes. Like the first part of the collection, they combine a personal sense of loss, pain and confusion with a erudition and historical sweep. Unlike the Biblical Joseph ‘I have no brothers. / No-one sold me’ and ‘our poet’, discussed in the third person, is contrasted with Cervantes’ Don Quixote and with Qays, the pre-Islamic ‘father of Arabic poetry’, and Abu Nawas, the eighth/ninth century Arabic poet famous for his drinking and celebrations of (often homosexual) love.

‘The Book of Tears’ takes the reader into the realm of the love poem, but the underlying theme of displacement and fear remains, captured in lines such as:

Woman, who are you to keep the dawn at bay?
Who are you to say there is no place
for fear […]
But in the end, ‘Tears are the only answer’ to the self ‘consumed / like a flame-scorched butterfly’. And in the final analysis of the last poem in the collection — ‘Labyrinth’, unlike the others only a single page long — it is tears we might find in the heart of the maze of life, or it might be ’embers glowing’ in a symbol of hope. It might be something in short supply in Iskander’s bleak image of life in a modern, fragmented world, but in the fine-drawn poetry fashioned with Glenday, occasionally the darkness is shot through with passion — and poetry.

After first reading through the poems in this remarkable and unique anthology, I was reminded of lines of Emily Dickinson’s: ‘After great pain, a formal feeling comes –/The Nerves sit ceremonious, like Tombs —/ The stiff Heart questions was it He, that bore, /And Yesterday, or Centuries before?’ Dickinson has other lines: ‘The Soul has […]