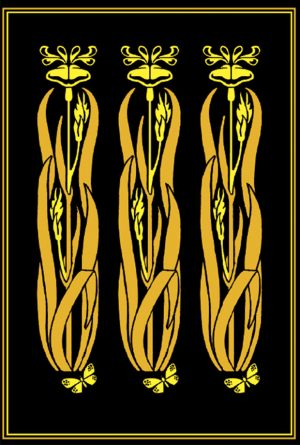 Of Me and Others, published by Glasgow-based independent press Cargo, brings together what Gray disarmingly refers to in his ‘Foreword’ as a ‘ragback of interesting scraps’, albeit one, he insists, with the ‘unity of a struggle for a confident culture’.(1) Anyone reading Cargo’s blurb on the dust jacket for the volume will come away with an equally equivocal message: Of Me and Others is a ‘frank, playful and typically unorthodox autobiography’, yet happens to be ‘constructed from essays, published and unpublished’. In case of any confusion, readers should be assured that the volume is a collection of around sixty short pieces. The overwhelming majority of them have been previously published, and many are not all autobiographical.

The best of the essays are Gray’s memories of his less-celebrated Glaswegian contemporaries, such as the playwright Joan Ure, the painter Alasdair Taylor, and Elspeth King of the People’s Palace social history museum. Gray is generous in his praise for those whom he feels have been unfairly neglected by the guardians of Scottish culture (a problem which, at various points, Gray claims is caused by a quasi-colonial relationship between the London core and the Scottish/Glaswegian periphery – a ‘London domination of and indifference to the rest of Britain’.(287) Gray even finds nice things to say about the mass-market illustrator Jack Vettriano, the ‘former mining engineer with a talent for colour.(312) There are also some intriguing insights into Gray’s own personal and intellectual development. It was a surprise to discover Gray’s frank espousal of vitalism in his previously unpublished “Art School Thesis on Epic Painting”: ‘Life is God operating through matter to the extent of it becoming self-conscious'(63) declares the art student with a ‘self-conceit’ that ‘amazes the much more conventional old man’, his later self.(60)

Of much less value though are the sections culled from Gray’s best prose fiction, such as the epilogues to Lanark and 1982 Janine, or the acknowledgements and prologue to Poor Things. Decontextualized and dangling, their inclusion does an injustice to the source texts. Another disappointment of the volume is that, although some of the essays have been revised by Gray, there has not been a thorough editorial overhaul and fact-check. Niggling errors persist, such as the reference to R.D. Laing’s autobiography by a misremembered version of its subtitle (The Making of a Psychologist, rather than the actual title, Wisdom, Madness and Folly: The Making of a Psychiatrist 1927-1957[205]). Laing’s countercultural classic The Politics of Experience and the Bird of Paradise also gets mis-titled at one point as Sweet Bird of Paradise.(324) Presumably other errors will be apparent to readers with different areas of expertise. Students of Gray might therefore be advised to double-check the essays for errors of fact, rather than to trust Gray’s memory of people, places and events. There are also some minor proofreading and typesetting errors that detract from the overall high standard of this hardback volume’s imposing physical presence.

Such criticisms may seem a grudging response to the latest volume by one of contemporary Scotland’s most accomplished cultural figures. But it is worth remembering that Gray often dwells on the material realities that underlie artistic production, and the difficulties that artists and writers have in finding a stable income. Collectors and the occasional academic specialist might be inclined to buy Of Me and Others for themselves. For everyone else, this is a volume to be consulted – if at all – in a library. If you do have £29.99 to spend on Alasdair Gray, and his work is unfamiliar to you, read some of his earlier, better works such Lanark, 1982 Janine, or Poor Things. But otherwise your money would be better spent on supporting any number of newer, less established authors.

Of Me and Others by Alasdair Gray is published by Cargo Publishing, 2014

As a teenager in Scotland in the 1980s, I didn’t know there were supposedly two cultures, the arts and the sciences. There were certainly different subjects at school, but it was possible to excel in English or French, and also in Physics or Maths. There were a lot of “good all-rounders” at my high school, […]