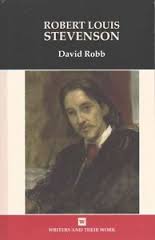 It would be difficult to deny Robert Louis Stevenson’s status as a classic author. His reputation as such, however, relies primarily on his most famous works, such as The Strange Case of Dr. Jekyll and Mr. Hyde, Treasure Island, and Kidnapped. The fact that some of his best-known fictional texts have been labeled children’s literature has caused an underestimation of Stevenson’s importance. David Robb points out that his ‘critical reputation has fluctuated wildly in the years since his death’ (p. 5) in spite of his continuous popularity with the reading public.

Robert Louis Stevenson, part of the ‘Writers and Their Work’ series published by Northcote House Publishers, focuses on the author’s prose fiction. David Robb locates his work among those of younger critics who show great enthusiasm and admiration for Stevenson, disagreeing with David Daiches’s claim that his writings are immature. The objective of the book is to present an analysis of Stevenson’s works which goes beyond labels such as ‘literature for boys’ and ‘literature for adults’, emphasizing the characteristic variety of the author’s fiction. Robb explores not only the most famous and critically acclaimed novels and stories, but also works that are not so well-known. Robb seeks to give an idea of the evolution of Stevenson’s themes and style, organizing the works in the order in which they were written, rather than published. Although not the main theme, Robb also refers directly to Stevenson’s life, especially in the beginning of each chapter, in order to contextualize his writings. In addition to his analysis, Robb presents a survey of critical material about each work explored and comments on their reception.

Robb calls attention to some of Stevenson’s more common motifs, such as travelling, a strong sense of place, and the theme of duality. Even though Robb’s study gives more attention to Stevenson’s fiction than to his biography, his analysis makes it clear that the author’s constant moving and settling in different places influenced his writings. Travelling appears in a diversity of contexts in his literary production, from narratives centered on a journey of adventure, like Treasure Island, to stories criticizing European colonialism, such as ‘The Beach of Falesá’.

The fact that place is central to Stevenson’s creations does not mean that they are characterized by detailed descriptions of a well-defined setting. Robb argues that ‘[a] sensation of place and time is always conjured up in his writing, but there is often a lack of the specific detail which would embed each fictional “world” in a historical reality’ (p. 117). In fact, it is the story itself, along with the characters and their actions, that instills life into the narratives’ setting. Stevenson’s relocation to Samoa affected his writing in two ways — motivating him both to write about the South Seas in more realistic terms, and to look at the Scottish context of his other work in a new way.

When it comes to Stevenson’s Scottish stories, religion is a recurrent theme, appearing, for instance, in ‘The Merry Men’, ‘Thrawn Janet’, and ‘Markheim’. The first two works deal with the contrast between Enlightenment thought, Scottish Calvinism, and superstitions present in folklore. In ‘Thrawn Janet’, Stevenson reveals a critical view of Scottish Calvinism, depicting the minister as a stern man who preaches fear. Robb remarks that ‘Stevenson is playing up the image of Scots as steeped in the gloomiest of religions’ (p. 20). It is also suggested that ‘Markheim’ touches upon the Calvinist doctrine of salvation through Faith instead of Works: the main character claims that he should be judged by his heart, rather than his acts, after committing a murder. The story concerns the capacity for evil in everyone and the importance of acknowledging and accepting it.

Moral struggles and the notion of evil are at the core of some of Stevenson’s works, including one of his most famous, Dr. Jekyll and Mr. Hyde. This novella is a clear example of the dualism in which ‘opposites are thirled together, either to clash irreconcilably or to work their way to mutual understanding, respect, and harmony’ (p. 41). However, rather than equating the title characters with good and evil, Robb engages in a more nuanced reading, considering the book ‘an exploration of our moral complexity’ (p.73). Jekyll, instead of a straightforward embodiment of goodness, is a morally ambivalent character — a hypocrite who creates Hyde so that he can experience the pleasures he longs for without damaging his reputation. The story may be considered a response to Victorian society’s anxiety about one’s respectability and reputation, advancing the need to accept ourselves even when some aspects of our personality clash with social expectations and values.

Other dichotomies which mark Stevenson’s works are the ones between romance and realism, and boyishness and maturity, both of which are illustrated by Treasure Island. The relationship between childishness and adulthood relates not only to the novel itself, but also to the implied reader; Robb stresses the fact that the book offers a satisfactory reading experience both to children and adults. Whereas experience and the adult world are related to evil and danger, childhood may be interpreted as representing innocence and ignorance, attributes which may put one at risk. Thus, the ingredients of childish adventure — such as pirates and the hunt for treasures — are depicted as unreliable and elements to be avoided as one matures.

David Robb’s book is an accessible overview of Stevenson’s prose fiction, which can be recommended for its thorough research and fluid writing. Robb certainly succeeds in raising interest in his object of study, even in those works which are not so well-known or critically acclaimed. The references to some critical texts could have been more detailed; however, their concision is understandable given the large scope of the book. As it introduces a variety of sources, both primary and secondary, Robert Louis Stevenson is a valuable resource for those who are interested in the author. It will hopefully be a springboard to further research, inspiring readers to go deeper into Stevenson’s literary production.