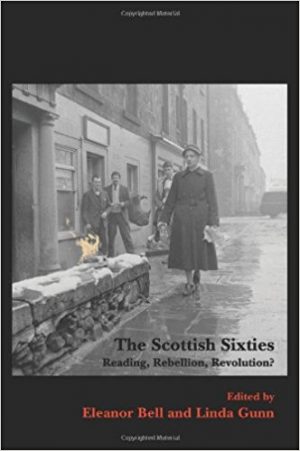 It has been a feature of Scottish literary and cultural studies that the quarter century following the end of the Second World War remains relatively unexplored, in comparison both to earlier periods and also to recent decades. This is Eleanor Bell’s starting-point, in her Introduction to the present volume: she notes that for many recent writers and critics it has been the decades starting with the 1970s which have stimulated their interest. The immediate post-war years have languished between the colourful diversity and vibrancy of the present and the now classic achievements of earlier twentieth-century Renaissance writers. One can point, of course, to exceptions to this description. Substantial biographies of leading writers have begun to appear: one thinks in particular of lives of George Mackay Brown, Edwin Morgan and Hamish Henderson. My own account of Alexander Scott explicitly attempted to explore aspects of Scottish cultural and intellectual life with which he was involved during this period. But much more is required. Equally, there must be a wealth of novels and plays which might be made available, in some format, once more. To point all this out is not to criticise anyone, or any organisation: it is simply to acknowledge the rhythms and fashions which underlie the publishing and academic landscapes. Exploration of the post-war period, in the depth which it deserves (like all periods), is beginning, however, and the present volume is a particularly timely and valuable contribution. Indeed, it should prove to be the starting-point for many theses, and may well be looked back to as something of a landmark.

Its coverage and approach mix the sensibly predictable with some less expected areas of discussion. Thus surveys of Scottish theatre in the 1960s, of film, of music, of visual art and of poetry lie alongside a more narrowly aimed essay devoted to the implications of the prosecution of Cain’s Book, while another looks at the work of the photographer Alan Daiches and his involvement in the television series Poets’ Places. Other pieces take as their starting points more general dimensions of the whole period: Richard Price explores its ‘literary infrastructure’ (that is, the world of local publishing and little magazines), and Sylvia Bryce-Wunder discusses the responses of expatriate writers to what was going on in Scotland and their relationships with the world of their births. By the time one has read through the volume, one feels that one has experienced a substantial immersion in a period which had its own character, and its own particular issues. A picture seems to emerge with surprising force and clarity.

That picture comprises a clutch of issues and personalities to which the contributors return time and again. Over-arching the whole book is the vision of the decade as the moment of transition between MacDiarmid’s nationalist Renaissance (with its loyal advocates in the immediate post-war generation) and the post-MacDiarmid impulse towards ‘liberation’ (that Sixties word) in internationalism and in the desire to reflect, by whatever means – linguistic or stylistic – seemed appropriate, the new and ever-changing world in which the younger writers found themselves. As presented in these essays, that conflict of cultural priorities frequently crystalized in particular personalities and particular moments, above all in the grand dispute between MacDiarmid and Alexander Trocchi in the 1962 Writers’ Conference in Edinburgh. This is an event which is frequently cited in these pages – as frequently (one comes to feel) as Edwin Morgan emerges as the standard-bearer for the future, in contrast to the backward-looking priorities (as it seems) of most of the rest of his post-war peers. Even John Corbett, in his excellent essay on Alan Daiches which also shows far more interest in (and patience with) the MacDiarmid disciples of the 1960s than most of the other contributions do, finally acknowledges how the Lallans impulse essentially came to a natural end with the poems commissioned by the BBC for the programmes he illustrated and how the poetic future was the one embraced by Morgan. The picture which emerges from the present book, however, that it was a period of conflicts, needs to be complemented by an acknowledgement that those real, deep differences between the generations gave rise to fun as well as to rancour, and that many personal relationships survived even between people on opposite sides of the divide. This volume’s presentation of the Sixties as a period of grand oppositions is a useful, indeed essential, starting-point, but future studies will find themselves adding the necessary complexity to this theme.

Eleanor Bell’s Introduction is simply that and (appropriately) nothing more: it briefly sets out the case for the volume and introduces the ensuing contributions without attempting to rival them in argumentative weight. Tom Devine’s essay on the historical context summarises the social and political developments of the period with confident authority. Then, a direct whiff of the Sixties themselves: Angela Bartie’s essay is based on an interview with Tom McGrath who recalls in detail what it was like for him as he grew up with, and into, the period – sometimes with a gushing enthusiasm which recalls Paul Whitehouse’s Fast Show character for whom everything is ‘Brilliant!’. Roderick Watson’s ‘Scottish Poetry: the Scene and the Sixties’ acknowledges continuity with the previous decade but focuses on the emergent shoots in the scene – writers including Ian Hamilton Finlay, Edwin Morgan, D. M. Black, Alan Jackson, Tom Leonard. It is not his concern, he admits, to explore the fine achievements, in the Sixties, of writers such as Norman MacCaig, George Mackay Brown, Robert Garioch, or Iain Crichton Smith. One notes, though, that no-one else in the volume takes them on either, and one realises that the collection is not – and does not pretend to be – the fully balanced account of the period which we shall eventually require. James McGonigal’s essay is a particularly readable account of the deep differences between Morgan’s forward-looking radicalism and the orthodox Renaissance outlook in its later years, while Alistair McCleery’s discussion of the prosecution of Cain’s Book is a corrective to the common idea that the Chatterley trial of 1960 ushered in, at a stroke, a new age of artistic freedom: outside London, throughout the 1960s, censorship and restrictions still had force.

Margery Palmer McCulloch shifts her focus on to Glasgow itself, and lightly sketches the emergence of new creativity there not only in poetry but also in painting and in classical music. The popular music scene in Glasgow is the concern also of Bob Anderson, but while one briefly expects the following essay by Corey Gibson to be a corresponding account of developments in folk music, it is actually shaped by the dispute (yet another one) between MacDiarmid and Hamish Henderson about the sheer value of folk-song: it was, we are told, about nothing less than ‘the place of poetry in modern Scottish society’.

If I stop to think about the book’s omissions, it is not, for once, a matter of the reviewer carping about the brilliantly different book he’d have organised instead: rather, it is an acknowledgement of the collection’s focused aims, given that it is a ground-breaking enterprise. But inevitably it sets me thinking, in the first place, of how it matches up to my own recollections – especially as some of the contributors were possibly not around, or at least paying attention, at the time. I was a schoolboy and undergraduate during that decade, and I seem to have been reading about people and issues which totally passed me by – which might have been my fault, or possibly Aberdeen’s. The Scottish Sixties, it seems from these pages, happened in Glasgow and, to some extent, in Edinburgh. Was that really how it was? Sometime, a broader survey might tell us one way or the other. By the time I graduated at the end of the decade, I was certainly beginning to be aware of apparently major current writers and books, but they receive scarcely a mention. The novels of Alan Sharp and James Kennaway, for example, seemed important then: both writers are named but it is their contributions to film, not prose fiction, which is acknowledged here. Iain Crichton Smith’s Consider the Lilies seemed a significant landmark at the time; and as indicated above, the absence of discussion of Smith’s poetry along with that of several other major poets is part of the design of the book. McIlvanney’s first novels clearly signalled the beginning of something valuable. Sylvia Bryce-Wunder perhaps gets closest to sketching the bigger picture – she certainly lists some major names before settling to explore Cain’s Book and The Prime of Miss Jean Brodie. More broadly, I realise that that important step, the setting up of the Scottish Arts Council, is not discussed, nor are important (if scarcely obvious to the general reader) movements in academia. These will clearly have to wait for that more all-inclusive account; meanwhile, we can be grateful for this survey of the decade’s tensions and developments, its passionate encounters between the generations – so well embodied in the startling illustration which adorns its cover.

The Scottish Sixties: Reading, Rebellion, Revolution? edited by Eleanor Bell and Linda Gunn is volume twenty of the SCROLL series (Scottish Cultural Review of Language and Literature), published by Rodopi, 2014.

McGonagall, ‘Poute’, and the Bad Poets of Victorian Dundee

In his essay on ‘The Great McGonagall,’ Hugh MacDiarmid commented that: McGonagall is in a very special category, and has it all to himself. There are no other writings known to me that resemble his. So far as the whole tribe of poets is concerned, from the veritable lords of language to the worst doggerel-mongers, […]