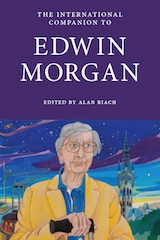 There are enough examples of the critical companion genre at this point that we might posit a few basic models. In the first, the companion employs an overarching structure that conceptually frames and clarifies a vast and unwieldy subject matter. For instance, in the Edinburgh Companion to Twentieth-Century Literature, edited by Brian McHale and Randall Stevenson, the frame is spatio-temporal: moving chronologically from 1899 Vienna and the Congo to 11 September 2001 New York, each essay engages a specific place and a time to situate and articulate the concerns of literature in the twentieth century. In another companion model, a theoretical concept is introduced, explained, applied, and connected. So David Herman organizes The Cambridge Companion to Narrative around essays that explore concepts in narrative theory and then, in later sections, applies those concepts to less common media and contextualizes them through additional critical approaches. A third model reveals a relatively focused subject as vast and complex through diverse approaches and methodologies. We see this model most often, but not exclusively, in author-focused companions. The Cambridge Companion to Samuel Beckett, edited by Dirk Van Hulle, approaches the work of its subject via analyses of individual works, contextualizing essays that situate Beckett’s poetics, and critical lenses that reveal topical concerns (e.g., philosophy, ethics, history, etc.) present throughout the body of work.

All three types (and there are certainly more than three) propose comprehensiveness, a sense that the essays collected within, while not the be-all-and-end-all of the subject’s critical field, offer a wide-ranging sample of possible approaches. The companion becomes a microcosm, a model of a critical universe. It’s this microcosmic vision that seems most appropriate for a recent addition to Association for Scottish Literary Studies’ International Companion series, The International Companion to Edwin Morgan, edited by Alan Riach. The series, which ASLS took over from Edinburgh University Press in 2013, includes three new volumes to date on Lewis Grassic Gibbon, Scottish Poetry, and Morgan. Riach’s introduction to this particular volume, which describes the collection as ‘a companion to his multifaceted trajectory through space and time’, makes explicit its microcosmic scope.

Though the book is not subdivided into explicit categories, we can roughly group the collected essays under three general concerns. The first includes essays that explore the formal diversity of Morgan’s oeuvre: John Corbett’s work on the concrete poetry; Anne Varty’s exploration of his theatrical work; Dorothy McMillan on his unusual scrapbooking practice. The second category is contextual, situating Morgan’s artistic practice through historical, cultural, political, or aesthetic frames: Cairns Craig’s look at Morgan’s national concerns; David Kinloch on the 1960s and 1970s work; Adam Piette and Cold War Morgan; Robyn Marsack’s work on the urban concerns in Morgan; Ernest Schonfield’s efforts to connect Morgan to European Modernism through translation. The last category we might call homage, or remembrance — perhaps commemorative criticism. These pieces — essays by James McGonigal and Hamish Whyte, along with Riach’s introduction — consider Morgan’s oeuvre in the light of his biography: McGonigal employing a long lens in order to track larger shifts in Morgan’s poetic practice; Whyte considering the work of his final years.

By beginning the collection with McGonigal’s essay and ending with Whyte’s, Riach offers a different model for the critical companion, one in which its comprehensive vision is situated within and encircled by the intimate frame of its subject matter. Whereas something like The Cambridge Companion to Samuel Beckett continually moves outward from its subject, connecting Beckett’s work to various fields through a series of expansive critical forays, The International Companion to Edwin Morgan always returns to Morgan, the Glaswegian, the Scot, the European, the homosexual, the socialist, the modernist, the avant-gardist, etc. In that sense, it’s an especially humble volume — not a bad thing, indeed — interested in considering Morgan and his work’s larger contexts, but without losing the sense that, at the core, we are dealing with an individual and his artistic practice. McGonigal, Morgan’s biographer, identifies Morgan’s recurring interest in ‘voyage from and return to a centre where modern life reshapes itself into the future’. The essays collected together in Riach’s volume have a similar interest, voyaging outward from Morgan’s life and work, but always returning to this gravitational center.

There is, of course, an implicit danger in this structure, especially with a figure like Morgan, whose involvement in Scottish political questions catapulted him to a position of importance rare for poets these days. We risk a cult of personality, in which the figure of Edwin Morgan overshadows the work, in which the artistic work only reinforces our collective memory of the author. Perhaps that risk exists anytime we articulate a larger critical vision of an author and her or his work. Nonetheless, this collection avoids the pitfalls of that biographical fallacy, keeping Morgan at the center of the critical project without transforming him into a kind of poetic idol. It’s a respectful move and one that makes this book feel more like a unified project than most single-author critical companions.

Nonetheless, the individual essays do stand on their own and, on a practical level, are incredibly helpful. For instance, McMillan’s work on the scrapbook offers a quick and insightful introduction to an often unrecognized corner of Morgan’s practice, as does Varty’s essay on his theatrical works. Cairns Craig tackles the question of Morgan’s nationalism by approaching it through the poet’s engagement with Scottish space and time. That is, for Craig, Morgan’s poetry dialectically negotiates Scottish nostalgia and futurity, as well as his nationalism and internationalism frames, by understanding his national vision as an inherently disjointed and disorderly creative project. John Corbett uses Morgan’s work in concrete and visual poetry to frame a larger discussion about conflicting visions of Scottish poetic practice, whether that conflict involves Hugh MacDiarmid, Alex Trocchi, or Ian Hamilton Finlay. Ernest Schonfeld uses Morgan’s translations of European poets to explain how they challenged the limitations of English and Scots while also tempering his poetic voice through mediation. There are, of course, other aspects of Morgan’s life and body of work missing from the collection: what of his transatlantic connections, his pedagogical principles while teaching at the University of Glasgow, his influence on younger authors? While all of these concerns are mentioned briefly within the various essays, none is given full attention. But these absences are quibbles that will always occur with any collection like this. Cultivating any editorial visions always creates gaps and absences, no matter how comprehensive that vision may be.

Teaching and writing in an American institution, Morgan’s work is absent from most class reading lists. My students, whether undergraduate or graduate, have never heard of, let alone read Edwin Morgan until they’ve taken my courses. Outside of Scotland, he is, like many of the subjects in his poems, an alien interloper intruding upon and disrupting fields of critical consensus. And so, when I teach or write about his work, I must always offer significant scaffolding, whether that means explaining his engagement with Scottish politics, his connection to poetic circles in Europe and elsewhere, or his use of genre, to name a few. I now have a source that collects that scaffolding under a single cover. From this international context, then, the ‘International’ of The International Companion to Edwin Morgan becomes the most valuable modifier.

The International Companion to Edwin Morgan edited by Alan Riach is published by ASLS, 2015.