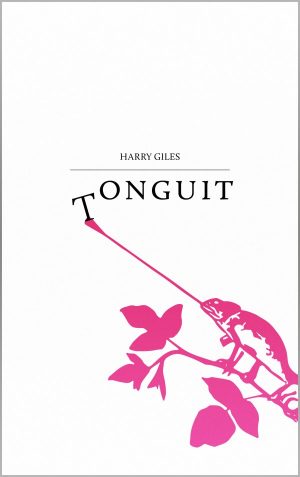 Tonguit is Harry Giles’ first full-length collection. Shortlisted for the 2014 Edwin Morgan Poetry Award and currently for the 2016 Forward Prize for best first collection, it follows his two previously-published pamphlets Visa Wedding and Oam. Composed, variously, in what Giles describes as a ‘mongrel and magpie’ blend of English, Orcadian and Scots, Tonguit is a strikingly original book. As the title, which glosses as ‘tongued’ in Standard English, would seem to suggest, the key concern throughout is language, particularly the spoken word. This relates to performance — central to Giles’ practice as a writer working between stage and page — but also to the political aspects of language, which in a contemporary Scottish context is entangled with potentially divisive issues around class, identity and collective belonging. Here, I think, one can connect Giles’ work with a much broader tradition of linguistic resistance and refashioning stretching back into the murky substrata of the modern Scottish canon.

The first poem in the book, ‘Brave’, opens with the following Whitmanic invocation: ‘Acause incomer will aywis be a clarty wird, / acause this tongue A gabber wi will nivver be the real Mackay, A sing.’ Like MacDiarmid, Giles valorises the synthetic aspects of his language. Unlike MacDiarmid, he celebrates the inauthenticity of his magpie Scots, which has no ambitions to become a reconstituted national language. Indeed, ‘Brave’ is rooted in a vision of Scotland which is highly critical of unexamined nationalism and Renaissance narratives of cultural renewal:

On a personal note, I ought to admit that my own academic work tries, to some extent, to cope with the intertextuality of the Scottish Renaissance. Though I’ve yet to produce a whappin annotatit edition myself, I’ve certainly relied on them often enough. Even so, I have some sympathy for Giles’ position as outlined here. A certain ingrained parochialism is a recurring feature in the modern Scottish cultural landscape, stentorian protestations of cosmopolitanism notwithstanding. I’m also reminded of the Irish poet Patrick Kavanagh’s pithy distinction between the parochial and the provincial. Kavanagh maintains that it is a good thing to be the former, but bad to be the latter, because it is basically liberating to make one’s own parish the centre of the universe. The parochial actively defines the world in relation to their own wee patch of it. The provincial, on the other hand, is passively defined by their relationship with an external, generally metropolitan centre.

In ‘Brave’ Giles sings of Scotland. A few pages later he opens his poem ‘Visa Wedding’ by asking the reader to

It’s a memorable opening, gesturing towards the multiple layers of identity which tend to pile up on us all. Notably, the various identities adopted in different contexts depend less on the speaker’s sense of belonging to England, Scotland or Orkney, and more on the ways in which those contexts permit each identity to be performed. This comes back to language, with particular variations on Scots, Orcadian and English having quite different meanings depending on the speaker’s location. A line or so later, Giles writes that his ‘glib-gabbit, mony-littit tongue / snacks at identity’ as though it was ‘a gollach piece sappit wi / the sweet-n-soor o BELONG’. Snacking on identity, one can take a bite here and there, without necessarily committing to a full plate of anything. The poem seems to question the wisdom of assenting too eagerly to one’s own membership of a particular imagined community, while also acknowledging the need to belong somewhere and somehow.

As the two poems so far discussed suggest, Giles is concerned to foreground the political implications of his work. These are reflected in his use of language. For instance, in ‘Your Strengths’ Giles appropriates ‘the Department for Work and Pensions Work Capability Assessment, the Life in the UK Citizenship Test, and the DWP’s bogus Your Strengths psychometric test’. This leads to a conjunction of questions about Dark Age history, the royal family and whether or not the person addressed ‘can walk at all’. A number of other poems make similar use of found text, from a David Cameron speech to Game of Thrones.

In the introduction to their anthology of sound, pattern and concrete poems, The Order of Things, Alec Finlay and Ken Cockburn suggest that ‘the interplay of tradition and experiment’ is one of the defining features of Scottish culture. It’s certainly one of the defining features of Tonguit, brought out by the presence of visual and found poetry alongside work in Standard Habbie. Here is the first stanza of Giles’ Burnsian ‘Tae a Cooncillor’, a poem which bears the subtitle ‘on his clossin anither sweemin puil wi his cuts’:

Taking a bit more liberty with his line endings than Burns, Fergusson and Ramsay generally permitted themselves, Giles is nonetheless in continuity with the satirical vulgarity of their work — the value of its earthy comedy, but also the value of its anger. In another poem, ‘In yer haunds there are nae deid hings’, he writes that ‘the doors are appen, n in the auld / is new is auld is auld is new’. I find an echo here of MacDiarmid in ‘Scotland’, ‘Moving New and Old things carefully to and fro’. More than MacDiarmid — a cultural elitist who consciously avoided the low-style, oft-mishandled Burns stanza — there is something quite Morganic about Giles’ willingness to alternate between poems in traditional forms and experimental textual mash-ups. Across his oeuvre, Morgan makes formal and linguistic diversity a unifying principle. As with Finlay and Cockburn’s interplay of tradition and experiment, this translates into a vision of a Scotland redeemed by its multiplicity. Rejecting essentialist versions of Scottish identity as he does, Giles remains a poet I can’t imagine coming from anywhere but Scotland. As his playful revisions of received forms and varieties of language show, this doesn’t have to be a limiting paradox.

Tonguit is a book of strong formal and linguistic contrasts. At times I did feel that there was a tension between poems which might have been more effective in performance and the print medium in which I was encountering them. On the whole, however, this is an exciting and engaging first collection from one of contemporary Scotland’s most interesting young voices.

Tonguit by Harry Giles is published by Stewed Rhubarb, 2015.

It’s a delight to review two publications by Fife poet William Hershaw, not only because I’ve admired his Scots and English over several decades, but because the physical make-up of the two books are at very different ends of the book format. Stars are the Aizles is an elegantly produced hardback book, unusually sized and […]

Coming twelve years after A. B. Jackson’s Forward-Prize-winning first collection Fire Stations (Anvil, 2003), The Wilderness Party is, as the blurb says, a ‘long-awaited follow-up’. Comprising three sections — ‘Acts’, ‘Natural History’ and ‘Apocrypha’ — this last a twenty-one-part sequence published as a limited edition pamphlet by Donut Press in 2011 — The Wilderness Party […]