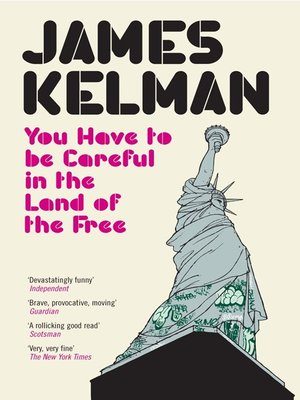 On 10 January 1990, James Kelman stood on stage at the Pierce Institute in Glasgow’s district of Govan to introduce linguist and polymath Noam Chomsky to a sold-out audience of philosophers, academics, writers, artists, educators, social workers, trade unionists and others with an interest in the nation’s cultural conversation – all drawn to the Self Determination and Power Conference which had been organised by Kelman in association with the Free University of Glasgow.

This was Glasgow’s year as the European City Of Culture, and the conference was an example of the culture Kelman imagined and desired for his home town; radical, political, philosophical and engaged. The lasting legacy of the Year Of Culture proved to be quite different.

There is a widely held belief that it was a turning point for Glasgow, successfully rebranding the city, promoting tourism and enhancing a sense of civic pride that was understandably damaged in the post-industrial, high-unemployment years of the 1970s and 80s. Certainly the city’s identity moved from one that made things to one that sold things. This was replicated in other post-industrial cities, but few had a transformation as notable, at least on the surface, as Glasgow did.

Kelman saw this view as one that has harmed his city and its culture, which he expressed in a talk to students in 1996:

“This was a classic example of the exploitation of art and artists. The City of Culture Year remains a taboo subject for serious study. One is not supposed to mention it seriously at all, just recall it hazily but with affection, as that strange time our ayn wee city of Glasgow made it on to the international map. Anything is justified because of that. Look at the publicity the city got. It was only a few years ago yet already it’s a legend, a mythical kind of thing, mythical in the sense that it is not open to analysis, not available for critical examination, not then and not now. If you attempt such a thing you get called a boring spoilsport.”1

Kelman’s experience of Glasgow’s Year of Culture is valid and yet many people had very different experiences of that year that are equally as valid, and his apparent reluctance to significantly represent Glasgow post-1990 meant his version of the city became arguably historical. It could be said that, for Kelman, post-1990 Glasgow was a foreign country.

Certainly his novels since would support this argument. Although he set two more in the city, his Booker Prize winner How Late It Was, How Late (1994) and Kieron Smith, boy (2008) seem to belong to a different age. The former is set in a Glasgow which is one of sawdust-floored pubs, steel-grilled bookmakers and tenements, even though the first two were in decline in the part of the city where his characters lived, and the third either knocked down or resold as private flats.

Kieron Smith, boy may be set in Glasgow, but it is the 1950s and, while exploring the social and cultural constraints that Kieron encounters, some of which persist, it avoids current commentary on the city. It also avoids engaging with a country that was by then post-Devolution and perhaps as politically and culturally engaged as it had been for decades. For the man who helped organise the Self Determination and Power Conference, his decision not to do likewise suggests a crisis of sorts.

Those two aside, Kelman’s other post-1990 novels saw him broaden his horizons away from his hometown. Translated Accounts (2001) is set in an undesignated foreign country where political prisoners’ experiences are relayed through the prism of first hand reports, letter fragments, states-of-mind and abstracts of interviews. You Have to Be Careful in the Land of the Free (2004) addresses the experiences and state-of-mind of Glaswegian Jeremiah Brown who is in New York trying to get his Green Card. Mo said she was quirky (2012) tells the story of Helen, another Glaswegian ex-pat struggling in a foreign city, this time in London, and Dirt Road (2016) sees young Scottish musician Murdo and his father visiting the American South.

It is this relationship with America that has become essential in understanding Kelman and his writing. The country offered him a second home while he took up teaching posts in, among other places, Texas and California. As this is the case it is particularly interesting to consider You Have to Be Careful in the Land of the Free and Dirt Road together. Written twelve years apart, their similarities and differences are telling.

As with much of his later writing in particular, these novels look at displacement and disorientation, and incorporate language that is not Scots but is not Standard English either. They reject the national for the international, suggesting that national identities count for little in a globalised capitalist world. Indeed they are distractions to the social and cultural problems that arise from such a system of power.

In You Have to Be Careful in the Land of the Free, Jeremiah Brown wants to go home to Scotland, but he also wants to stay in the USA to try and make a life with his ex-partner, Yasmin, and their unnamed four-year-old daughter. Caught between these two opposite stated desires, he does nothing but continue his existence of work and, when he is allowed, drinking and gambling. Jeremiah never mentions 9/11, nor do any other characters, but it is the backdrop to this novel. The paranoia of America and the fear of the foreign sets the tone.

Jeremiah’s life is in limbo: he is awarded a Red Card, not the Green one which will allow him to live and work in the US. Jeremiah is asked to produce his Red Card in every office — and even every bar — that he visits, adding to the feeling that he doesn’t belong. Looking back on the novel now, it is tempting to see Kelman as a writer with an existential crisis of his own, unsure of what, who and where to write about, as much in limbo as Jeremiah.

There is a notable change in tone and content evident in Dirt Road that suggests a writer happy with who he is. Murdo and his father Tom travel to the US to try and get over a shared tragedy, ostensibly to visit family but, for Murdo especially, a whole new range of possibilities open up. If there is something nostalgic about the book, then that’s perhaps unsurprising as it is in part inspired by Kelman’s own time spent in the US as a young man visiting family — proof that there is a transatlantic history to draw on.

As with many of his novels, the complexities of family relationships are key, but this time Murdo and Tom, although they have disagreements and misunderstandings — a lack of communication always a factor for Kelman — they are more functional than most. What is more interesting is to compare the opportunities opening up for Murdo with the lack of those available to Jeremiah in You Have to Be Careful in the Land of the Free. If that novel sets out an American experience which is Kafkaesque in its telling of being caught in a bureaucratic nightmare, Dirt Road is more reminiscent of Kerouac’s On The Road, with music, road trips, romantic possibilities, and a use of language which lifts the novel to a different level, so much so that at times you forget it is a James Kelman novel.

When taken together, Kelman’s American novels say as much about Scotland as they do the US, if not more, as the central characters reflect on home, what sent them away, and what calls them back. While they support the writer’s own belief that this he is an international artist rather than a national one, the national is never lost completely, and this duality can be difficult to reconcile. Many continue to regard Kelman as the quintessential Glaswegian writer, for better or for worse (his 1994 Booker win is widely considered the most divisive and controversial in the prize’s history, only adding to the perception that he is either loved or hated). Yet, as stated above, he has long written about being away from home, resulting in how he identifies himself being in conflict with how others view him, and such a situation can be difficult to escape or come to terms with.

However, Kelman’s latest short story collection That Was A Shiver (2017), when taken alongside Dirt Road, suggests his writing is becoming as sensual as it is cerebral, perhaps indicating that he has come to terms with how he is perceived and received. The stories are mainly set in Glasgow, and a Glasgow recognisable to most people living there today. There is a belief that home is best put into perspective by time spent away from it, and Kelman’s time away from Glasgow, both literally and literarily, seems to have given him new perspectives. It’s a welcome home.

‘Close Your Eyes’ by Ewan Morrison

Ewan Morrison departed from the traditional novel to great effect with 2012’s Tales from The Mall, a hugely informative and entertaining read, but with Close Your Eyes he reminds us that he can tell a story with as much skill, wit and technique as any writer around today. His mastery of narrative, voice, place and […]