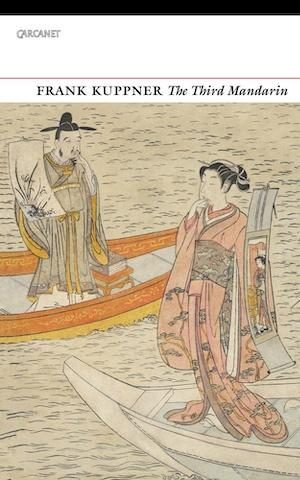 199.
As they walk slowly among the trees, it occurs to them
That they might well never meet again in this disordered world.
And so, simultaneously, each turns to the other
To say what he really thinks of his dear friend’s vast output of poetry.

It seems de rigueur now for a reviewer to begin their review with some sort of personal admission or disclosure – perhaps they are a friend or enemy of the poet under scrutiny? In my case, the work of Frank Kuppner (a fairly hefty oeuvre of some eleven poetry books, not to mention a handful of novels) represents a complete critical blindspot. I have read Scottish poetry of the twentieth and twenty-first centuries widely but for some reason I have long resisted reading Kuppner’s work, although I was well aware of it by reputation. His writing inspires an almost cult-like devotion amongst his band of followers, and sympathetic reviewers, such as Hayden Murphy writing in The Herald, are quick to point out how it is often unfairly ‘sidelined’. I can only ascribe this neglect to my own (mistaken) view that Kuppner’s poetry is ambitiously difficult: instead of writing poetry collections, he writes book-length poems. I was additionally prejudiced against Kuppner after once reading a review which described him as ‘the Douglas Adams of poetry’. Luckily he does not share Adams’s brand of slightly smug, knowing, public-schoolboy humour. Instead his latest collection, The Third Mandarin, is permeated with a brilliantly macaronic, bathetic sense of humour which plays on and deflates to a certain extent the idea that we are looking to the Orient for moments of Zen-like enlightenment:

372: A Slightly Less Natural Scene
Land visible among the wisps of mist.
A flood of water pours from a cleft.
A tree leans out drunkenly from a rock-face.
The poetess falls off her seat, thoroughly pissed.

These quatrains, and The Third Mandarin comprises some 501 of them, subdivided into five ‘books’, remind me strongly of the wit of poet Sydney Goodsir Smith (1915–1975). Compare, for instance, the quatrain above, with Goodsir Smith’s ‘Another Version’ after Sappho:

The howffs are shut langsyne,
The late snugs tae;
The whures are all abed
– And the Auk his lane …
Pissed, of course!

Goodsir Smith, who drew from poetry from the Far East, shares Kuppner’s nimble and fluid ability to code-switch and move from the sublime to the ridiculous in the space of a line or two. The difference is that Kuppner has managed to sustain this for the length of a book of some 120 pages, which is a feat to be marvelled at, and of course enjoyed. The Third Mandarin seeks to re-inject some amusement into poetry that has long become largely dry and academic. Edwin Morgan, once writing about the poetry of Goodsir Smith, claimed that he had created a ‘deutero’ Edinburgh where things operated beneath the surface and weren’t quite as they initially appeared. There is certainly some mileage in saying that what Goodsir Smith did for a boozy subterranean Edinburgh Kuppner does for a bygone Imperial China of debauched and lascivious philosophers, sages and monks:

497.
After thirty-seven years of blameless living in a hut beside the town
wall,
One morning the virtuous old recluse is discovered to have gone
missing.
Likewise missing are both spinster sisters of the newly arrived Court
Historian.
(Who is even now ‘recalibrating’ his previous view that Coincidence
Rules All.)

Kuppner, who is also a novelist, brings his narrative skill to the handling of The Third Mandarin. While the book sets out to undermine those in thrall to the mystical East who are in search of wisdom and profundity by sticking ‘faithfully to the path of least significance’, it is still held together by a number of recurring stories, plots and ideas. Many of the quatrains give us different viewpoints or interpretations on a set event, while others are almost metatextual, giving us endless alternative lines and rhymes for the poem in question. The two major underlying strands are the mysterious ‘Third Mandarin’ – who features in song throughout the book but only really materialises in the fifth section – and the whereabouts of the ever-elusive ‘Aunt, the retired Imperial Concubine, Swaying Blossom’. A relative of Swaying Blossom makes the pilgrimage to her ‘Hillside Retreat’ each year on her birthday and, ‘alas!’ finds her absent each time. Many years pass as the book moves on and it is only in the penultimate quatrain, the punchline payoff of The Third Mandarin, that we are given the denouement as to why she is avoiding her relative.

Kuppner shows us a deutero Imperial China riven with class divisions and hierarchies where its dramatis personae of self-regarding scholars, officials and panjandrums often come a cropper. The searches and studies of philosophers and poets peter out like damp squibs, even when they are scribbling their last few lines after suffering a fatal heart attack, they often run out of inspiration. There is a feeling that these privileged characters all live in little egocentric and craven bubbles that make them ill-equipped to deal with the world around them:

132.
The group of literary gents have argued for an hour or more about the
subject for their next verse competition
In a favourite haunt beside the river, before one of them discovers
That two soldiers are lying dead in the surrounding undergrowth.
Yes. Two at least.
With a loud cry of ‘What are we waiting for!’ – off they all go at speed.

We are frequently invited to laugh at them, and by doing so we are nonetheless at times driven to thinking about our own condition humaine, with all of its vulnerability, vanity and failings. Kuppner conjures up a comical realm, but it is not so radically dissimilar, politically and socially speaking, from the world we inhabit. People in power bury their heads in the sand, abuse their power or else fritter away their gifts while the lower orders suffer unheard:

481. A Political Prophecy
A skeletal man lies at the side-entrance to a monastery,
With insufficient energy left to shout for help.
Had not a little charmer happened to slip through the door the next
morning,
He might well have starved to death. Which, in fact, he does anyway.

There is gallows humour here aplenty, but is also a hint of social critique that gives many of these quatrains greater depth and resonance. At first we are encouraged to think we are in a ludic and parodic fantasyland that is too absurd to be like real life, but as The Third Mandarin develops, while the laughs if anything become more frequent, it also dawns on us that a few hundred years into the future, a poet could easily write such a poem about our own culture. Kuppner goes beyond any consideration of East or West, Orient or Occident, to show us that when we laugh at what we might think is distant (geographically or temporally) or ‘Other’, we are actually laughing at ourselves:

151.
A dozen newly discovered caves full of distorted skeletons
In the underground recesses of the newly dug-up palace
Suggest to the more acute and diligent historians
The need to add at least a small conjectural footnote or two.

The Third Mandarin by Frank Kuppner is published by Carcanet, 2018.