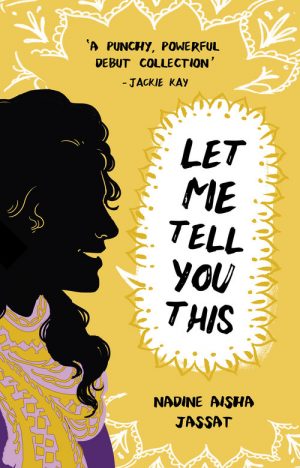 In Borderlands/La Frontera, Gloria Anzaldúa gives us a theorizing on the border between the United States and Mexico, extrapolating from this physical location her now seminal argument on the borderland, one which both stands as a hallmark of and still infuses queer theory and women of colour feminism. She writes:

The U.S.-Mexican border es una abierta where the Third World grates against the first and bleeds. And before a scab forms it hemorrhages again, the lifeblood of two worlds merging to form a third country – a border culture. Borders are set up to define the places that are safe and unsafe, to distinguish us from them. A border is a dividing line, a narrow strip along a steep edge. A borderland is a vague and undetermined place created by the emotional residue of an unnatural boundary. It is in a constant state of transition. The prohibited and forbidden are its inhabitants.1

Those of us influenced by Anzaldúa grapple with precisely this idea: what might it mean to be consistently identified and hailed by the state, by the normative, as a them? And rather than a simple binary of assimilation into the normative or the refusal thereof, what becomes possible if one should insist upon a border culture, a borderland grounded upon its very ungroundedness?

Nadine Aisha Jassat’s Let Me Tell You This locates itself in this borderland between us and them, not solely as a means of contesting the violence that emerges within such a binary, but rather, like Anzaldúa, it locates the value of the in-between, the interstitial, so as to critique the structure of a binary entirely. Her collection reads as a honing in on what emerges in that ‘third country’.

Shortlisted for the Edwin Morgan Poetry Award 2018, Let Me Tell You This begins with an epigraph from Anzaldúa: ‘I will have my voice … I will overcome’, and Jassat’s voice, her overcoming, is rife with homages and dedications to those explicitly and implicitly named. The text is divided into three sections – ‘Hands’, ‘Words’, and ‘Voice’ – and each functions as an incisive critique of the structural violences that manifest as quotidian experiences, affecting the material, communal, physical and psychological conditions of existence for people – and specifically women – of colour.

In the first section, for example, Jassat offers us ‘Third Generation’, a poem that riffs on Langston Hughes’ ‘Cross’ from The Weary Blues. Hughes’ poem begins, ‘My old man’s a white old man / and my old mother’s black’, and continues for three stanzas in tones of both regret for the narrator’s treatment of his parents and trepidation at his own future: ‘My old man died in a fine big house. / My ma died in a shack. / I wonder where I’m gonna die, / Being neither white nor black?’ Published in 1926 during the Harlem Renaissance, Hughes’ poem brings to light the myth of racial purity in the United States. As the institution of chattel slavery both dehumanized Black enslaved peoples and literally propagated itself through the rape of Black enslaved women and the law of partus sequitur ventrem, ‘Cross’ refuses an erasure of this history by challenging essentialist and legal categorizations of race.

Jassat’s ‘Third Generation’ begins similarly: ‘My old man’s a brown old man, / and my old mother’s white’, but quickly diverges from Hughes’ poem as it shifts the attention from the narrator to those whom she addresses: ‘When they say she’s not my Mother, / I say to me we look the same, / and when they tell me to be ashamed of them, / I say I have two worlds to gain’ (p. 3). Jassat’s narrator is swift to respond to those invested in, again, binarist understandings of the world: yes, my mother is white, yes, my father is not, and to those who insist I should be ashamed, I say I am most fortunate.

To return to Anzaldúa, the narrator here does not choose or refuse; rather, she embraces herself as the borderland. Yet at the same time, her poem ends, ‘I wonder how my children will grow, / under the shadow of this roof?’, demonstrating the clear concern the narrator has for the future (p. 3). Too, the title echoes Exodus 20:5, where Moses and the Israelites are cautioned against having false gods, else their children be punished ‘for the sin of the parents to the third and fourth generation’. Racism, Jassat’s narrator seems to say, may yet continue on to the third generation.

We know, of course, of the current rise of populism and xenophobia, the patriarchal undergirding in the law that necessitates a movement like Tarana Burke’s #MeToo; what Jassat does is show us how such structures of oppression are experienced materially, even in locations that may imagine themselves to be more progressive. In ‘Hopscotch’, the young woman narrator is verbally assaulted on the streets both because of her gender and her race:

Unsurprisingly, her sexualization and racialization are intersectional, happen concurrently and early – ‘I am 16’  – and she knows ‘[t]his isn’t just me’ (p. 77, 79).

Jassat’s citation of Anzaldúa stands as an understanding of this knowledge, and thus the collection concludes with ‘Chorus’, wherein she writes, ‘Our evolution was deliberate. / Afraid of nothing’ (p. 108). What comes to mind here is Barbara Christian’s argument that ‘one must distinguish the desire for power from the need to become empowered – that is, seeing oneself as capable of and having the right to determine one’s life’: again, not an either/or, but rather a challenge to structural power.2 Jassat insists that she will have her voice; she has it. Women of colour insist that they will have their voices; they have them. She, they – we – will determine our lives, afraid of nothing.

As Deborah Cherry has observed, Maud Sulter’s work highlights the interconnections between her birth country, Scotland, and her Ghanaian heritage. Sulter’s art, journalism and critical and creative writing are anchored in Black women’s experiences, exploring the intersections between land, race and identity. As Sulter observes in Let It Be Told: Essays by Black Women in […]