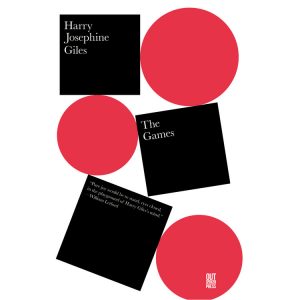 I’ve heard film theory circles discuss movies that ‘break the fourth wall’, meaning that the film is suddenly no longer contained in the pre-determined confines of its medium and instead transgresses those boundaries, often addressing us directly. As a poet, Harry Josephine Giles is not content to let their work languish in the two-dimensional paper and ink zone of most poetry. Take, for instance, one of the more polemical poems here, the strikingly titled ‘Abolish the Police’ which begins as something of an incantation, or a malison:

The poem is a only witch’s work, under
only the best round moon, only the deep
ordering of its words enough to banish
police from this plane. Only cast it with me,
abolish, cast your circle, abolish,

There follows the spell ‘abolish the police’ repeated ad infinitum, so that it runs off the page and out of sight and earshot. Giles also has a second poem, also titled ‘Abolish the Police’ which operates on a cleverly metapoetic level, talking about the imagined experience of the poet reciting their poem to a room full of police-officers:

When I read my poem ‘Abolish the Police’
to the audience of police,
the police all applaud and say, “Well done,
oh yes, well done,”
their handcuffs rattling
on their little blue plastic chairs.

Poems like these remind me strongly of the Cambridge poets of the British Poetry Revival, particularly Peter Ackroyd’s The Diversions of Purley collection where often the poem is masquerading as a piece of criticism of, or commentary upon the poem itself. Many of Giles’s poems are informed by a vast spectrum of different forms from concrete and sound poetry to translations and Oulipo-esque word antics, which are both embraced but are also there to be broken. This also means they do not lend themselves to being easily excerpted in a review, being often dependent not only on the visual form of the poem, but also the sound-system of that poem. For example, the sequence / section titled ‘Fields’ is the product of a writing residency where Giles was urged to engage with agriculture. The end result is a sequence of poems that are also sound artefacts and must be listened to online (farmform.co.uk), recited by Giles. It is not until you hear these that you really begin to understand that one of their major concerns is with the hapticity of the spoken word, that words in the hands and mouth of the performer, can be very tactile:

The Scotland of Giles is clearly a novel and outré one, but it is also one that respects and is deeply aware of literary heritage, such as the rich inheritance of Scots words, celebrated in the poem ‘Arcana’. It is no accident that the collection begins with the complete works of Robert Burns being fed into a Markov chain algorithm and ends with a very bawdy re-working of Burns’s ‘To a Mouse’ as ‘Tae a Sex Toy’:

Giles is clearly subverting the monolithically male heterosexual image of Scottish poetry, but in a way that is simultaneously affectionate and supportive of the past. These are not the poems of some sort of tawdry, punkish shock-tactic mentality, hell-bent on tearing down everything that has come before, but rather poems that use old forms and words to say something new and revitalised. Again, it is no mere coincidence that Giles’s collection begins in a bucolic, albeit modern and mechanised, setting redolent of Burns two centuries before. One of my favourite poems here is ‘Strategic Plan for the Reintroduction of Agricultural Birdsong’ where the robotic bureaucratic language of governmental policies collides with the lilting beauty of bird calls. As the poem progresses, the speaker seems to metamorphose into a bird:

That said, certain poems, such as the controversial ‘Bloom’ seemingly celebrate and sexualise acts of violence:

I can perfectly understand hypothesising or imagining taking revenge against a person or persons in society who have targeted and persecuted you in the past, or continue to do so. But I do wonder if poems such as ‘Bloom’ go too far into the darkest recesses of the swirling primal funk of our id, and lose something in the process. Surely to brutalise a fascist is no victory at all, moral or otherwise, since in order to do so you are resorting to the modus operandi of that very fascist?

Similarly the second version of ‘Abolish the Police’ ends with the speaker slitting the throats of the police in the audience of the poetry reading and then drinking their blood. The image of the police screaming ‘like a rock of solan geese’ is an outstanding one, but again an act of gross violence is essentially being fetishized. These poems seem to come from some sort of Clockwork Orange-esque amoral and entropic angle. However, it is clear from poems such as those in the ‘Erasures’ sequence, made from redacted texts from the SDS Tradecraft Manual (to enable police officers to infiltrate environmental activist organisations) that Giles is dealing with an increasingly draconian and authoritarian landscape and that extreme measures are called for. Giles’s poems, rather like some of Hugh MacDiarmid’s (I’m thinking mainly of his poems calling for the bombing of London) are not intended to be taken at face value, but rather to shock us out of our sleepy obedience to the State. Giles’s jokily prescriptivist poems in ‘Rules’ show how spontaneous things like a hike in the countryside could be turned into a standardised, dehumanised and competitive ‘game’ the rules of which everyone must abide by, such as in ‘Target’:

With permanent marker, draw three concentric rings on a patch of
exposed skin. The centre scores 20; the middle, 10; the outer, 5. Encourage
the midgies to bite there. At the end of the walk, compare your scores.

Funny and absurd as this may sound, these poems are hinting at a world that could well become a reality. As the title The Games suggests, there is plenty of ludic word-play and humour on offer here, but ‘games’ is a double edged thing, bringing also to mind the bloody sports of the past. The countryside of these poems is Arcadian in the truest sense of the word, in the sense that death is also there, that there is no lasting escape from it. The seriousness of many of these poems might be lost on an initial reading. Take, for instance, the concrete poem ‘Free’ – seemingly a crowded jumble of the letters that spell ‘Free’. When Giles recites it, a remarkable feat in itself, it is still not clear what the message is until you read in the notes that it is an approximation in letters of the crowding of free-range barn chickens. This, Giles’s second collection, is manifestly much more than fun and games.

The Games by Harry Josephine Giles is published by Outspoken Press, 2018.