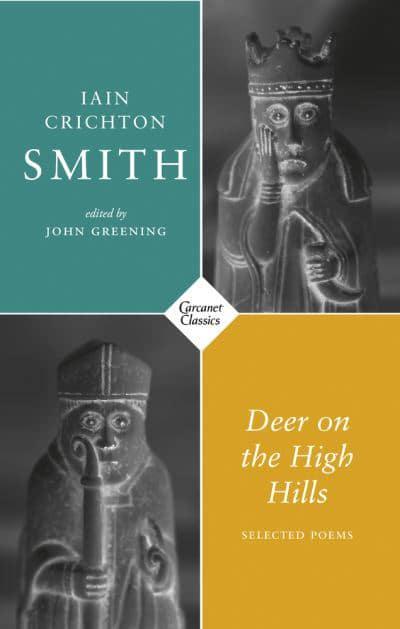 In an elegy for the Gaelic editor and headmaster Angus MacLeod, Iain Crichton Smith gives one of those slippery epigrams that seem to offer a key to his poetry: “The truest work is learning to be human”. Here is a serious questioning of existence, an anxious awareness of the difficulty of striving “Towards the Human” (as his 1986 collection of essays has it), and an emphasis on a “truth” or authenticity towards which we can and should work. This restless, philosophical approach to life (with its roots in Nietzsche, Dostoevsky, Kafka and Kierkegaard) is central to Crichton Smith’s writing, or at least to one strain of it; indeed, with such a prolific, funny, and self-reflexive writer to be too definitive about his work, his voice, his craft would be foolish (though the figure of the fool was one he often returned to).

Elsewhere, across twenty-seven volumes of poetry, fourteen novels, and twelve short-story collections (not to mention the plays, essays and reviews), there is Crichton Smith the metaphor-maker par excellence, absurdist creator of ‘Murdo’ and translator of Gogol, and precise, delicate painter of character sketches (especially of the numerous “Old Women”, part-biographical part-mythological, who haunt his work). For decades Consider the Lilies, his powerful and understated novel of the Highland clearances, was a mainstay of school and university curricula.

It seems strange that his importance and legacy still need to be fought for. This might be a wider issue besetting the reception of recent Scottish poetry (in particular in comparison with Irish poetry): where are the summer schools, the monographs, the PhD theses, the heated debates about the image of the deer, metaphor and stones (“There is no metaphor. The stone is stony” – yes, but which stone)? Even so, Crichton Smith hasn’t had the same level of recognition, in the decades since his death in 1998, of peers such as Sorley MacLean or George Mackay Brown: there is a sense his writing, with its wit, wisdom and humour, doesn’t get the recognition, nationally or internationally, it deserves. Perhaps his prolific-ness is itself an issue: where do you begin amongst all those words, those forms of writing, the two languages he wrote in (Gaelic and English)? Does his work need, in Seamus Heaney’s words on MacDiarmid, to be rendered down to “a series of self-contained, self-sustaining passages of genuine poetry”?

If so, the recent selection of his poems edited by John Greening, Deer on the High Hills, is an important part of this process of providing a lean, portable canon of Crichton Smith. This draws on the poet’s own selection of his work from 1985 and Matthew McGuire’s edition of the New Collected Poems (published in 2011) as well as “pebble-hunting” in the original collections, and offers an excellent introduction to the shifts and shades of Crichton Smith’s work (though as a selection it inevitably emphasises some of those shades more than others).

It was a delight to read again the early space-clearing “Poem of Lewis” (“Here they have no time for the fine graces / of poetry”), a fine apologia for his art, and the Classically-inflected angered pathos of “Old Woman” (“There I sat / imprisoned in my pity and my shame / that men and women having suffered time / should sit in such a place”). There is lightness and hard-won timelessness to such poems, which derives in part from steady-eyed gazing at old age and loneliness; this cumulates in the metaphor-stripping intelligence of what is probably his most important single poem, “Deer on the High Hills” itself: “the stone is stony, and the sun is sunny, / the deer step out in isolated air”.

At their best, Crichton Smith’s poems match incisive understanding of the human condition with wry humour and fellow-feeling. Thus, the mischievous – but still delighting – overturning of the trope in which the universal or epiphanic is found in the mundane: how “Putting out the Ashes” on a starlit night leads to the realisation that “This is a marvellous spendthrift universe / a poet throwing off verse after verse”. Or, in “Poor Artist” the knowledge that all art must be grounded in the pathos of lived experience, the “worn shoes” on your feet that proffer “the remedy of the actual”. That actuality, that remedy, always comes out of empathy and reaching – even if unsuccessful – towards other people and the life-giving rather than towards the dogmatic or the law-bound: “My neighbour, if the rain falls on you, / let it fall on me also”; “Half of this world I am, half of this dancing”; “Island, rise up and put on a fresh music. // Put on your comic, not your mournful song”.

I was born and brought up in Lewis and some of these poems – “The Exiles”, “The Departing Island”, “Speech for Prospero”, “‘You’ll take a bath’” – are among my earliest poetic memories, the gneiss undergirding my poetic subconscious. Meeting them again in this new, pared-back, arrangement graces them with fresh urgency – and fresh distance. Though this is largely energising, this is not always the case. Deer on the High Hills only fully presents one side – the English one – of a double-faced coin. The other side, the Gaelic poet Iain Crichton Mac a’ Ghobhainn, is at most a ghost at the feast. The selection includes Crichton Smith’s own (prose) translations of his Gaelic poems, without publishing the original texts. This appears standard in Carcanet publications of his work (as distinct from their dual-language editions of Sorley MacLean’s work); and Crichton Smith’s Gaelic poems were themselves collected, without translations, in A’ Bhàrdachd Ghàidhlig, edited by Moray Watson and published by Acair, in 2013. The absence of the Gaelic texts (and separation of the two oeuvres) leaves a sense of uneasy incompletion and – in the case of the sequence “Shall Gaelic Die?”, included in English – gives a particular edge to the question of the tenuous survival of the language. Greening also omits some of Crichton Smith’s most popular (and for me finest) Gaelic poems – including “Tha thu air aigeann m’ inntinn” [You are at the bottom of my mind], “A’ Dol Dhachaigh” [Going Home] and “An t-Òban” [Oban] – reducing the absurdist, painfully surrealist (or even playfully wicked) quality of his voice.

There are other omissions of note (including “For Angus MacLeod”, from which I quoted at the beginning, or “In Luss Churchyard”), but these can be counted as part of the necessary process of shaping and reshaping Crichton Smith’s oeuvre, of relearning the precision, humanity, and, most engagingly, love that runs through it. “At the Scott Exhibition, Edinburgh Festival” ends with the plangent “What love he must have lost to write so much”. Deer on the High Hills leaves an impression, more than anything else, of what love Crichton Smith must have gained through his “work” of being human – and which we are lucky to be able to share.

Deer on the High Hills: Selected Poems is published by Carcanet, 2021.

Edinburgh. Blackwell’s bookshop. Summer 2007. The audience squeezed into the upstairs room faces a dilemma. Shut the windows and suffocate, or open them and drown out the readers with the roar of traffic and lashing rain. We opt for Slow Death wrapped in the Comfort Blanket of Literature. I’m slipping into a semi-comatose state when […]