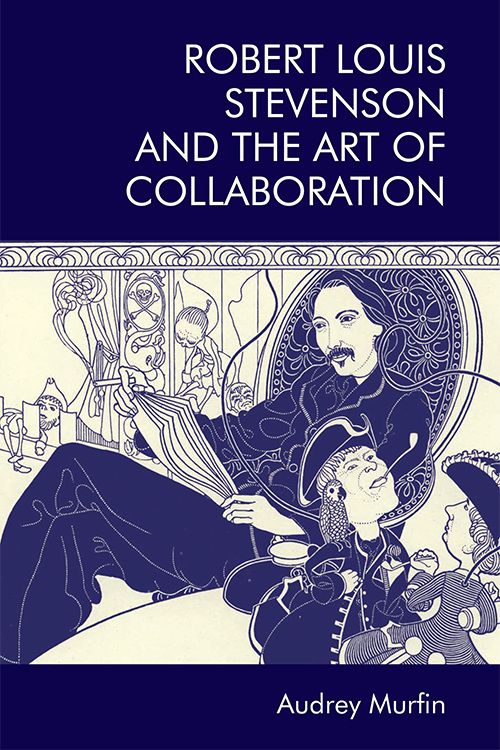 In this era of ‘team spirit,’ corporate production, and public engagement, a collaborative text might seem a norm, even an inevitability. For Robert Louis Stevenson, however, standing squarely in the conceptual era of ‘authority,’ shared projects often have translated into critical malaise. If ‘the author’ as authority died the death of theorisation in the twentieth century, representing a category for marketing more than a capacity as writer, for Stevenson’s nineteenth-century literary cohort and his early critics, his collaborations made him less marketable because less authoritative in person. And yet, in his moment, Stevenson was not atypical: in 1891, Brander Matthews produced With My Friends: Tales Told in Partnership (Longmans); by 1908, Henry James was participating with eleven others in The Whole Family (Harper). Such texts sometimes were generated through publishers. For Harper, The Whole Family was guided by editor Elizabeth Jordan, who also produced a chapter, and the serial in Harper’s Bazaar met a further audience as a book. Collaboration must have had its commercial benefits. Nor was it necessarily denied respect as a genre. It merited attention and defence in 1892 from Walter Besant, himself a collaborative writer. In the New Review, Besant reminded readers that as a literary strategy, its practitioners included the great Elizabethan dramatists, and he ran the line of stage collaboration up through Robert Louis Stevenson and William Ernest Henley.

Nonetheless, neither Stevenson’s collaborative fictions nor his plays have fared well in critical opinion. Sidney Colvin, Stevenson’s mentor, critic, and sometime editor pondered suppressing The Ebb-Tide both for its dark, South Seas tale and for its origins in a collaboration with Stevenson’s stepson, Lloyd Osbourne. Now, Audrey Murfin gives us an intriguing, book-length study of Stevenson as collaborator. Her investigation illuminates Stevenson’s life, his partnerships and his writing. In so doing, it refigures him as an experimental writer. Stevenson tested ideas and stretched genres. He issued a challenge to ‘authority’ through collaboration as productive of text, yes; but, more importantly, his challenge was thematic.

Fanny Van de Grift Stevenson and Lloyd Osbourne necessarily figure largely in any consideration of Stevenson as collaborative writer. As wife and stepson, they were his intimates, as well as his partners, and for contemporaries they raised issues of the ‘family’ business, nepotism, and the diffusion of Stevenson’s talents. William Ernest Henley, as co-author in Stevenson’s stage dramas, and as co-agitator of literary/familial squabbles, appears alongside Colvin as an alternate and desirous partner to Stevenson as successful author. Murfin, however, takes us behind scenes and through texts to recognise Stevenson’s drive to collaborate, and to register how his collaborations generated not just plots, but perceptions and critiques of literary creativity. If big-name collaboration was marketable, Murfin presses on the reality that the marketable Stevenson ‘works exclusively with people who could not have conceivably contributed to his success – who, in fact […] materially hurt it’ (18). Stevenson’s collaborations, then, are not a failure but a choice – a strategy with a creative goal.

Murfin sees Stevenson’s collaborative work as exploratory, and as exploratory, it reveals process, contingency, recalibration. Building from a foundation of critique in Barthes (the author), Bakhtin (heteroglossia) Koestenbaum (oblique desire), Stillwater and McGann (genius isn’t solitary, and writing is negotiation), through Stevenson’s practice she suggests that today’s critics would be well advised to recognise that collaboration ‘encompasses more than the sum of its parts.’ She aims to ‘discover how the work of authorship may inhere in the relationships and the space between the collaborators’ (10). This Murfin accomplishes in grand style. Stevenson’s collaborators, and thereby his collaborations (or vice versa) have been considered each to undermine the other. If Fanny Stevenson collaborated on The Dynamiter, it has got to be a secondary piece of literature; if The Wrong Box isn’t up to The Master of Ballantrae, that can be traced to the juvenility of Lloyd Osbourne. What Murfin shows, by contrast, is collaboration as deliberate and deliberative creative process.

Chapters advance chronologically, reading through clusters of moments, texts and people, the evolution and ultimate critique of a literary practice. From Deacon Brodie (a collaboration with Henley) and Strange Case of Dr Jekyll and Mr Hyde (with its tight community and disparate subject), Murfin tracks the interplay of Stevenson’s partnerships and his theorisation of negotiated texts. The dynamics of marriage, friendship and creativity then collide and readjust partly through the very chronology of Stevenson’s successive collaborations with Henley and with his wife, and partly in the crucible of productions like The Dynamiter and The Hanging Judge. And of course, there’s Fanny’s controversial reduction of collaboration to single authorship in ‘The Nixie’, despite the story’s debt to Stevenson’s cousin, Katharine de Mattos. The South Seas diaries and the different hands that produce them, as well as the eyes that play through them, sourcing Stevenson’s work beyond the baleful gaze of his literary friends and Fanny’s rivals, merit a chapter. So do Osbourne’s contributions, recognised as two moments and movements, first in a comparison of The Wrong Box (with Osbourne) and The Master of Ballantrae (without), and second in an analysis of partnership in The Wrecker and The Ebb-Tide. Increasingly, Murfin shows, collaboration may have been the strategy, but it was also the subject and interest of Stevenson’s texts.

Stevenson’s later work often is considered structurally unsound and stylistically uneven – plots wander the globe; characters attain no degree of grandeur; discourses collide. But from the perspective carefully reestablished by Murfin, imprecision of aim and uneasiness of voice stand out as expressions of Stevenson’s theorisation of collaboration at its height. Early in her book Murfin claims that ‘because Stevenson never accepts language and meaning as united, never accepts the idea of the originating genius as anything more than one of an array of sources for the creative work […] he is prepared to readily admit this radical experimentation with collaboration’ (15). The Wrecker, aptly titled, shows Stevenson, in this strategy, as ‘self-consciously experimental, and more artistic’ in a mode he has undertaken ‘despite the difficulties’ (163). Schooled by Murfin, today’s reader might be compelled to admit the author undertook collaboration because of its difficulties. Those difficulties have proved to be a test to us all, especially those of us enthralled to Stevenson’s early plotting and urbane style. Whatever our presumptions, they may in fact be the scene of another Stevenson triumph. To find out, we ourselves should read with a more varied, collaborative disposition.

Robert Louis Stevenson and the Art of Collaboration is published by Edinburgh University Press, 2019