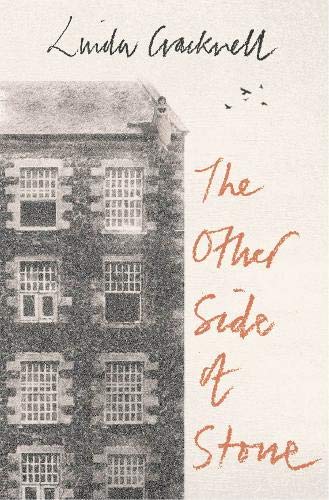 Central to the writing of acclaimed author Linda Cracknell is the intellectual production of emotional geographies. Based in Aberfeldy, Cracknell writes prose, fiction, and non-fiction that revel in a corporal, intimate knowledge of place and space. Her 2014 Doubling Back: Ten Paths Trodden in Memory is a collection of walking tales retracing a series of journeys of self-exploration along intentional pathways aimed at ‘re-learning’ the land and ‘reclaiming our own stories through a physical act’. In her most recent work, The Other Side of Stone, published this year by the newly-established Taproot Press, Cracknell continues her inquiry of a place-based identity that so motivated her previous work.

The Other Side of Stone consists of nine incremental and interlinked short stories that span nearly two centuries, from 1831 (‘Stone Curse’) to 2019 (‘The Other Side of Stone’). In these stories Cracknell explores the impact of two hundred years of Scottish textile industry on local culture and on the lives of characters linked to a particular woollen mill, from its construction to its conversion and then destruction. Inspired by an abandoned tweed mill in Highland Perthshire, ‘The Mill’ is very much at the heart of The Other Side of Stone, set at the centre of a textual edifice that meshes individual destinies with social history and, like the dedication stone of the opening story, ‘holds the whole thing up’.

The central narrative, set in 1913–1914 in the heyday of industrial unrest and political radicalism in Scotland, focuses on the story of the pivotal character, Catharine Devlin. Catharine, a suffragette from the city, finds herself married to a weaver who, when he is made foreman, ‘bows to the bosses’, betraying the socialist ideals that had brought them together when they ‘marched under the banner in Glasgow’. Worse still for Catharine is how he treats her. Forbidden from working, she is unable to fulfill her dreams. Catharine’s story was inspired by the real-life story of a man who refused to let his suffragette wife study and later sued her for divorce after she took matters into her own hands and decided to move to Canada. Like many of the characters in The Other Side of Stone, Catharine is an outsider: hers is the voice of a suffragette in a little Highland village, deprived of the support she enjoyed in the city, but determined to never be ‘harnessed to the house and the land’. The reader finds her in conversation with the face of the building as she remembers the fervour of Red Clydeside and finds inspiration in the generations of strong-minded, independent women ‘getting pelted with eggs and men’s crude words for their trouble, all as if they were hoors, not suffragettes’.

Although it is Catharine’s story that makes this work a real page-turner, all nine stories of The Other Side of Stone demonstrate Cracknell’s mastery of voice, as evidenced by the very opening lines of ‘Stone Curse’. Here, Cracknell weaves folktales and stories of reivers into a stonemason’s first-person narrative, as this itinerant mason sets to work on the dedication stone of the woollen mill that will determine the course of so many lives after his. In ‘The Last Tweed’, Cracknell takes her reader forward to the early 1990s to the demise of the woollen industry: the story focuses on George Kaye, a weaver who occupies the mill and is determined to complete his part, the mill’s last length of tweed.

He put his hand on the sheet of cloth inching with tiny jumps towards the roller at his knees, felt the thump, thump, thump vibrating through it, consoling and familiar. The length grew through the rhythmic, complex dance of the loom. It intrigued him how this had all grown out of the primitive hand loom and the hand-flicked flying shuttle, until the age of power enhanced it with speed and mechanised patterns. But it brought costs too. The number of people needed to run the weaving had staggered down and down with changes in fashion and technology, loss of tradition and competition from cheap factories elsewhere in the world, until now the bosses were prepared to let the whole damn thing go.

In ‘The Lost Son’ James Knight, the last descendant of ‘the greats’ who had built the woollen industry up, is sent back to Perthshire after relocating production to India. ‘Broken Symmetry’ tells of the many misfortunes of a young and ambitious Edinburgh architect set on converting the now post-industrial building to flats. The concluding story ‘The Other Side of Stone’ turns to Jade, another young outsider who was hired to locate fruit trees in Perthshire and comes across an old woman who, after living in the shadow of the mill all those years, reveals to be the keeper of its long history: ‘a glaistig, a sort of green witch, just another word for a strong woman. A determined one.’

From the construction of the mill to a wasteland waiting for redevelopment, and from stone to stone, Linda Cracknell embarks her reader on a compelling journey across the social and industrial history of the Scottish Highlands. As it weaves destinies together thanks to a complex set of recurring themes, motifs and characters, The Other Side of Stone reads as a remarkable and empathetic homage to those who do not let themselves be manacled, and whose willpower is set against the forces of patriarchy and market economy. If the ‘statuesque’ building itself is clearly something to show respect to and battle against as well as the dominant force in the collection, The Other Side of Stone is marked by its inspiring portraits of unflinching characters, many of them working-class women, standing strong hands on hips in the face of adversity, resisting defeat in the same way as the cursed mill resists its conversion. The author and her publishers deserve much praise for a work that will surely delight the readers who are looking for a fresh approach to the labour movement, the women’s suffrage movement and Scotland’s industrial history.

The Other Side of Stone is published by Taproot Press, 2021

Glaswegian gigs are known for being some of the best on the planet, and the iconic chant that gets the crowds riled up goes ‘HERE WE, HERE WE, HERE WE F**CKING GO’: this is what the text-speak acronym stands for in the title of Chris McQueer’s second collection of short stories released in the last […]